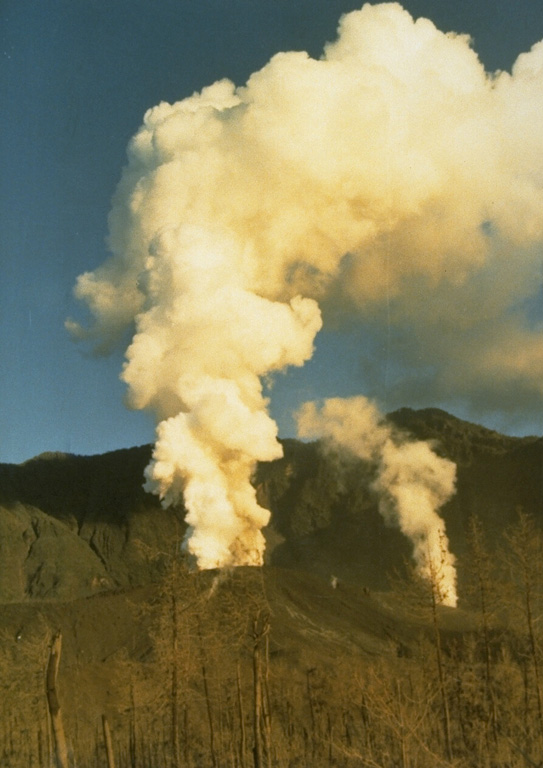 Gas and steam emission above new vents at Galunggung volcano on 7 May 1982, a month after the onset of the eruption. On 17 May the eruption intensity increased and continued intermittently through much of the year. This photo was taken from Pasir Bentang, about 2 km SE of the crater.