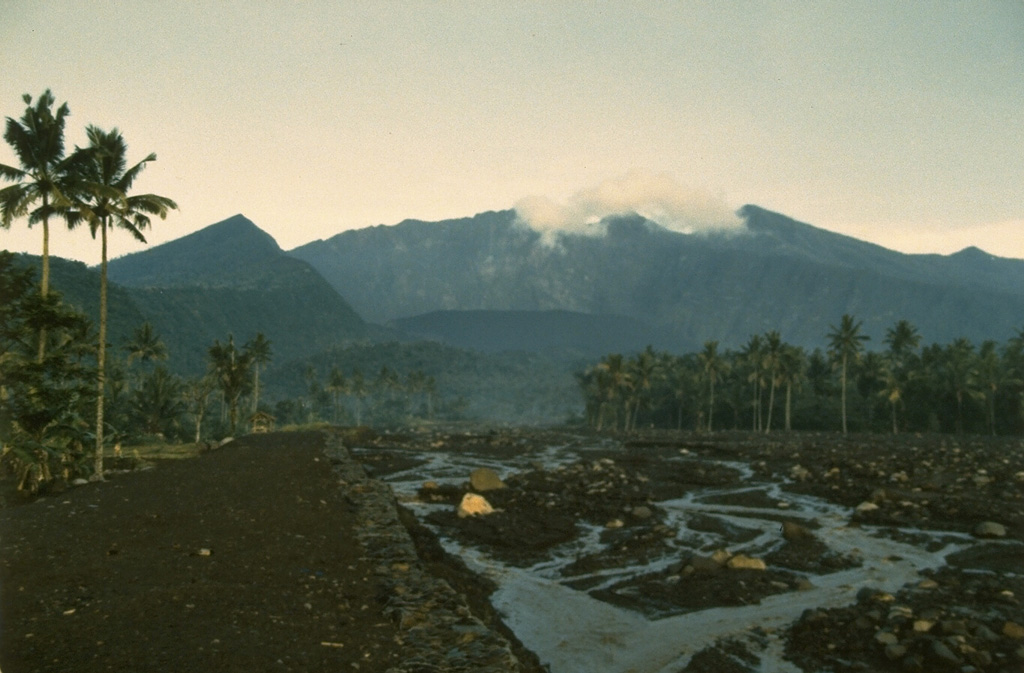 The low, forested volcano of Galunggung in western Java has a 2 x 6 km collapse scarp formed by a large flank collapse that created the "Ten Thousand Hills of Tasikmalaya" at the foot of the volcano. Historical eruptions have been infrequent but have caused extensive devastation. This view shows the low Gunung Jadi cone in front of the headwall scarp and lahar channels on the Cikunir River from the 1982-1983 eruption.