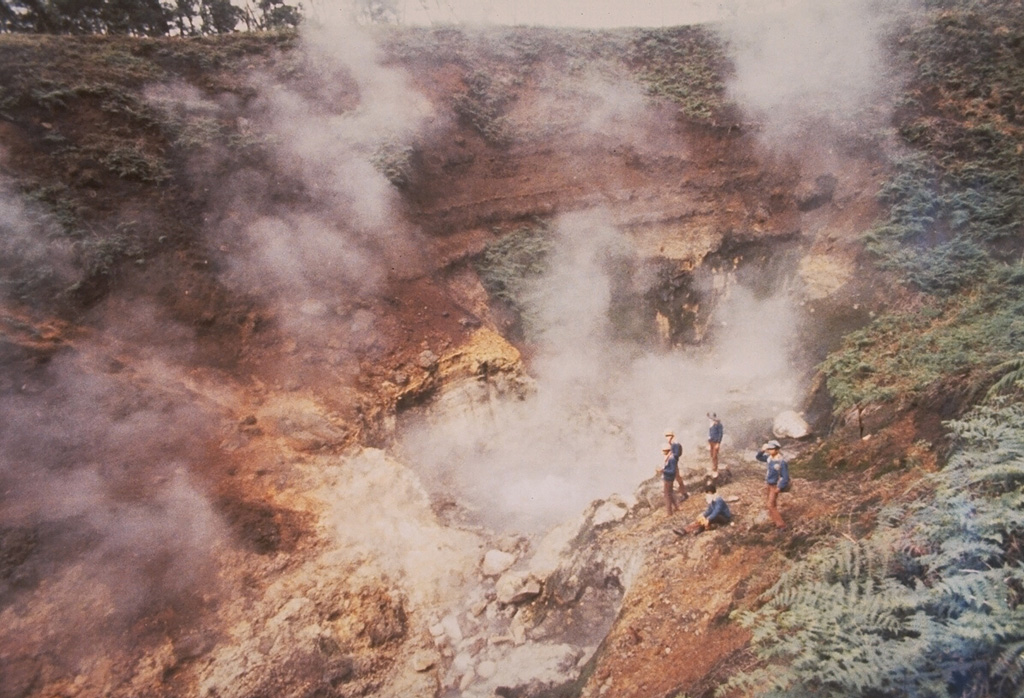 Scientists from the Volcanological Survey of Indonesia monitor the steaming Condrodimuko crater in the Dieng volcanic complex of central Java. The Dieng plateau contains a large amount of phreatic explosion craters, many of which have erupted during historical times, sometimes with fatal consequences. The only known eruption in the Kawah Condrodimuko area took place in December 1954, when an eruption was observed ejecting a thick black plume for half an hour.