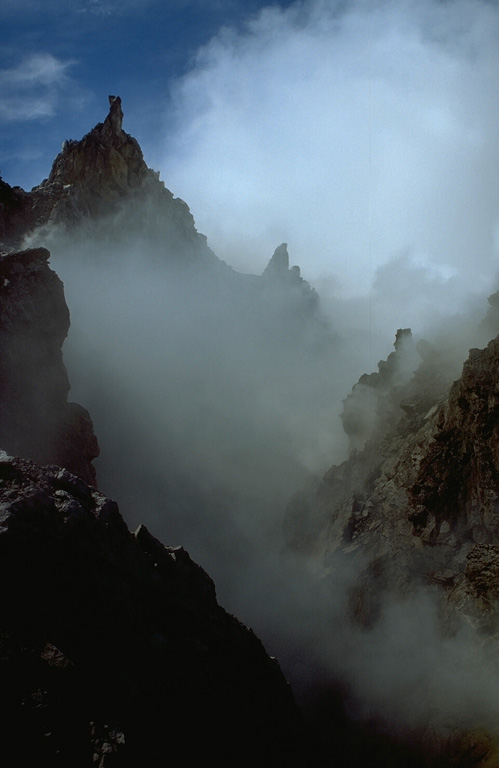 Steam and gas rise between the growing lava dome in the crater of Gunung Merapi and the steep-walled western crater rim (left). The dome visible to the right began growing in 1992. Periodic collapse of the growing dome during successive years produced pyroclastic flows (block-and-ash flows) that devastated the western and southern flanks.