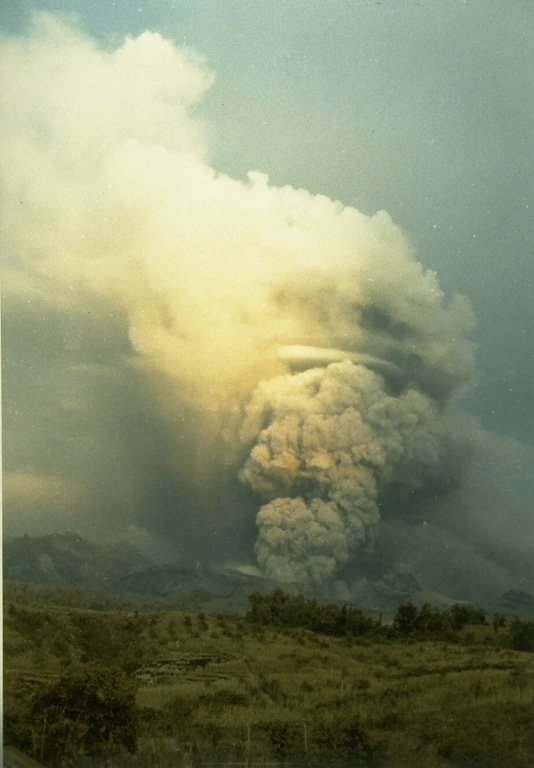 An ash plume rises above a pyroclastic flow descending a west side valley of Kelut volcano in February 1990. During the 10 to 16-17 February eruption pyroclastic flows traveled 7-8 km from the volcano and lahars destroyed nearby agricultural land.