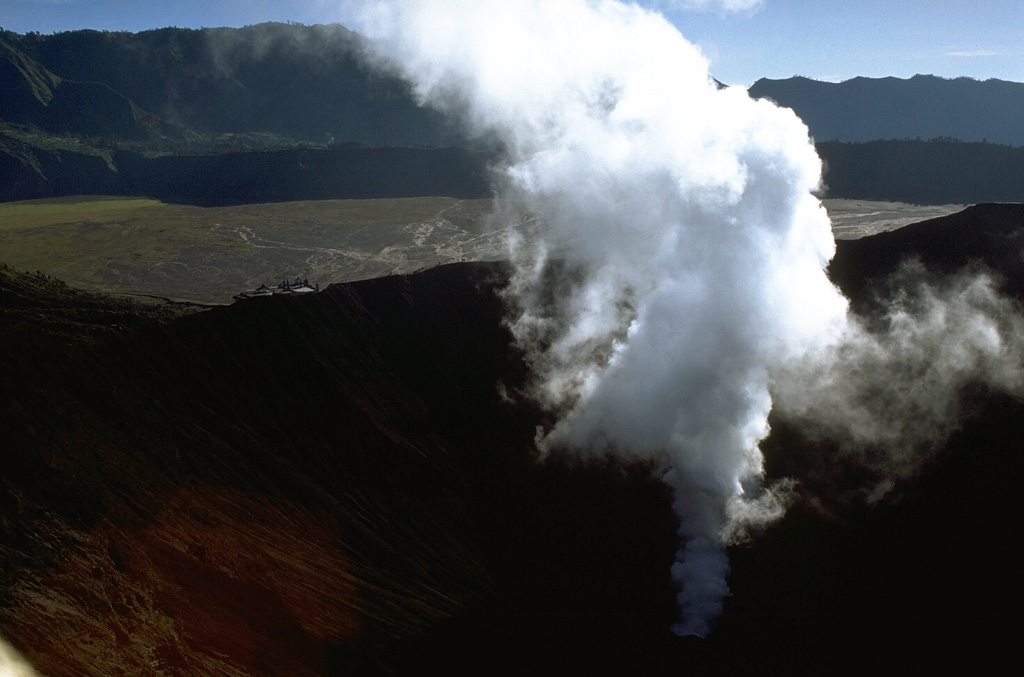 A gas-and-steam plume rises from Bromo crater, one of several post-caldera cones constructed within the Tengger caldera. The low rim of the younger Tengger (Sandsea) caldera rises immediately above the flat caldera floor and the background ridge forms the northern wall of the 16-km-wide Ngadisari caldera. Minor explosive eruptions are common at Bromo, one of Java's most active volcanoes.