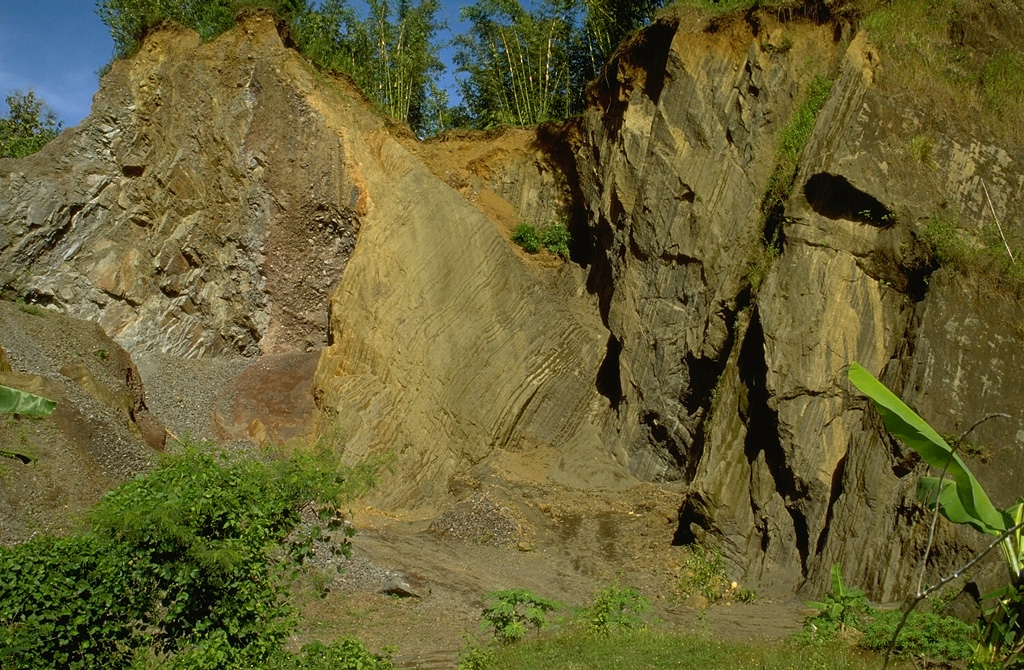 An outcrop in a quarry showing the internal structure of a debris avalanche hummock, with bedded layers of tephra on the right and a segment of a lava flow on the left. Both the massive lava and the unconsolidated tephra layers were transported relatively intact for about 30 km within a debris avalanche from Raung volcano in eastern Java. The preservation of original stratigraphy from within the volcano is a common feature of debris avalanche deposits.