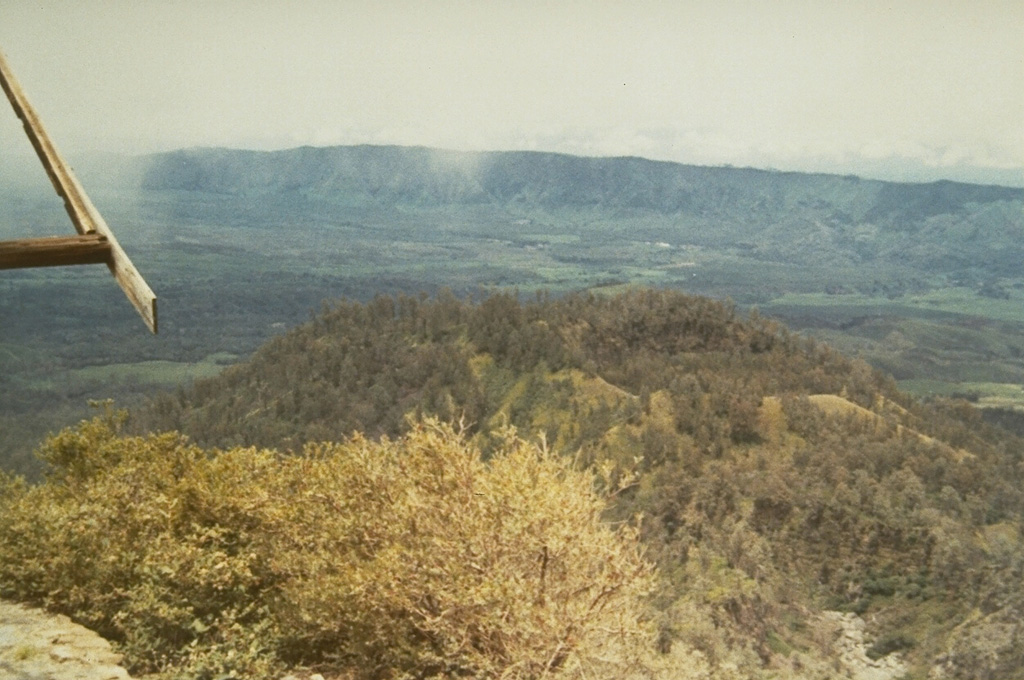 The floor of the 20-km-wide Ijen caldera and its western caldera rim are visible from the rim of Kawah Ijen, a post-caldera cone containing a crater lake. Following formation of the caldera during the Pleistocene, Gunung Merapi was constructed on its eastern rim along with other craters and cones within the southern part of the caldera and along its southern rim.