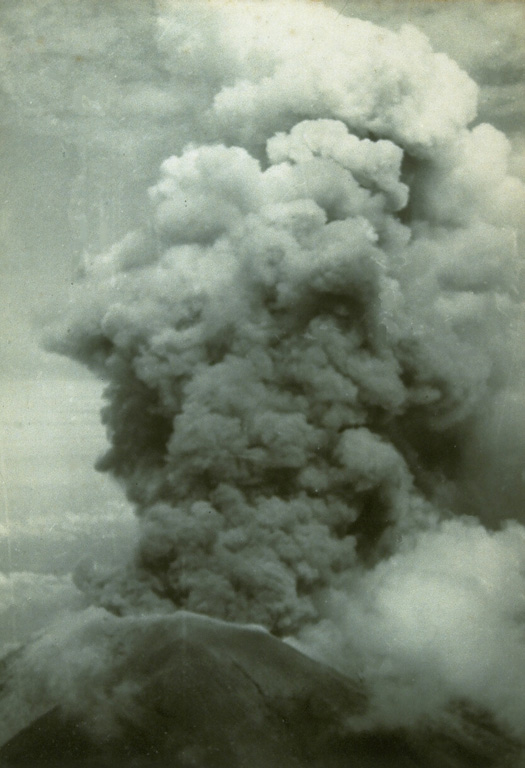 An ash plume rises above the summit crater of Agung volcano on 17 March 1963 during the first of two powerful explosive eruptions that caused much devastation to the island of Bali. The eruption began on 19 February with a lava flow that traveled down the N flank. Major explosive events occurred on 17 March and 16 May that produced devastating pyroclastic flows and lahars that killed more than 1,100 people.