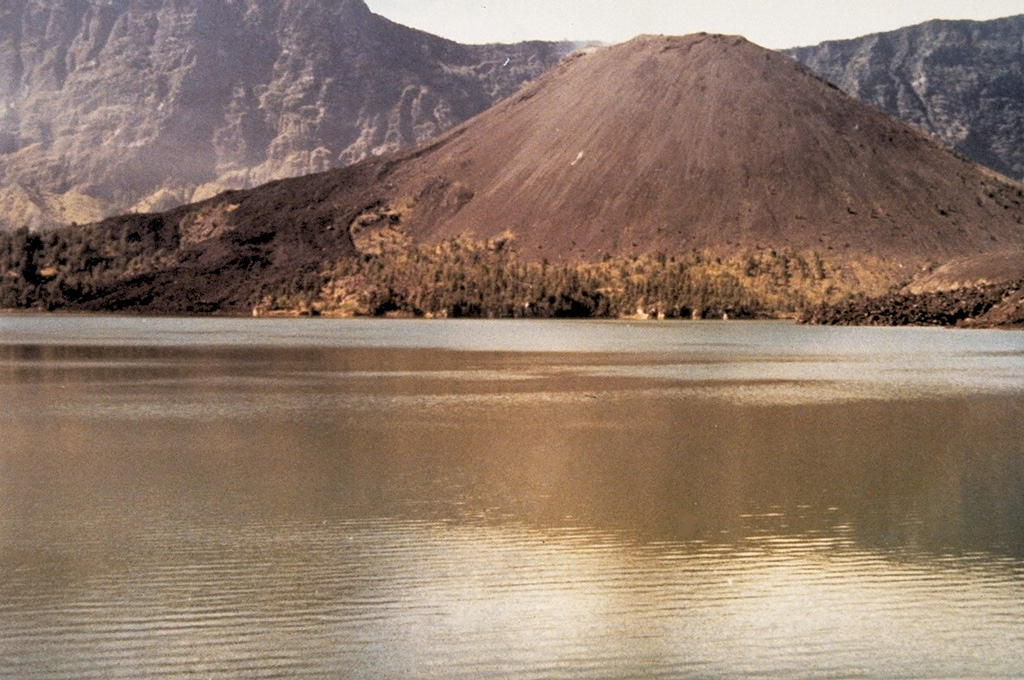 The dark-colored lava flow to the left flowed N into the caldera lake from a vent on the upper E flank of Barujari during a 1966 eruption. Lava flows from the same eruption also flowed S into the lake. Gunung Barujari is a large cone constructed on the eastern floor of Segara Anak caldera. The cone is about 370 m high and along with flank vents and lava flows forms a large peninsula westward into the lake.