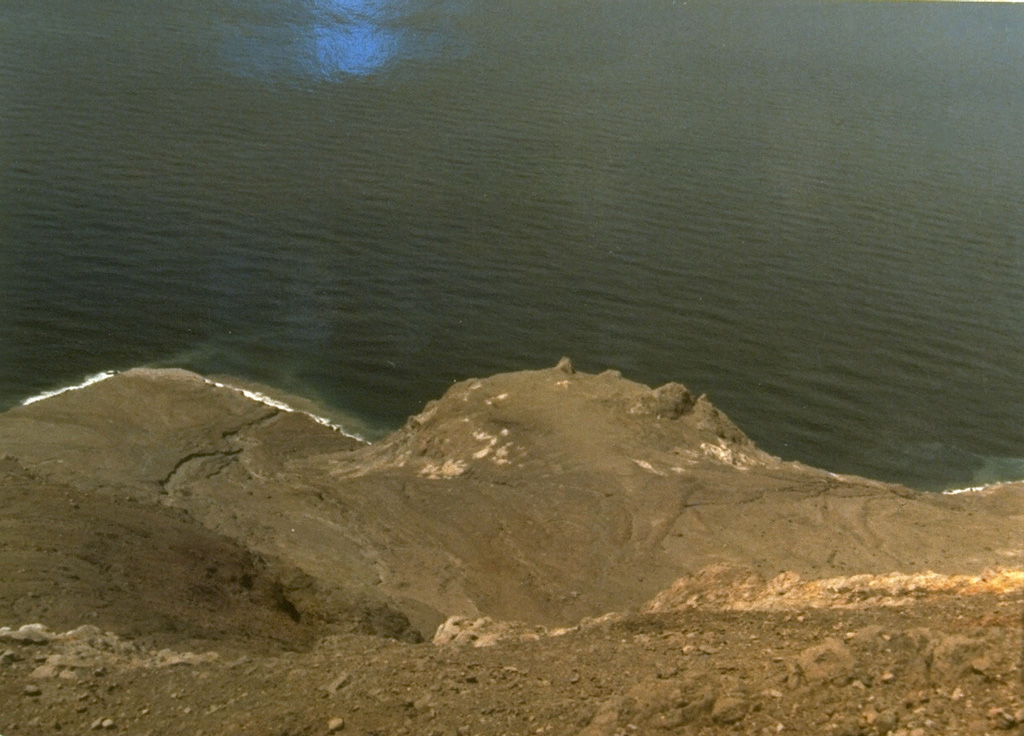 Iligripe lava dome on the SE flank of Iliwerung volcano on Lembata (formerly Lomblen) Island formed during an eruption from April 7 to November 26, 1948. Growth of the 190-m-high lava dome, seen here at the center of this 1979 photo, was accompanied by explosive eruptions and pyroclastic flows.