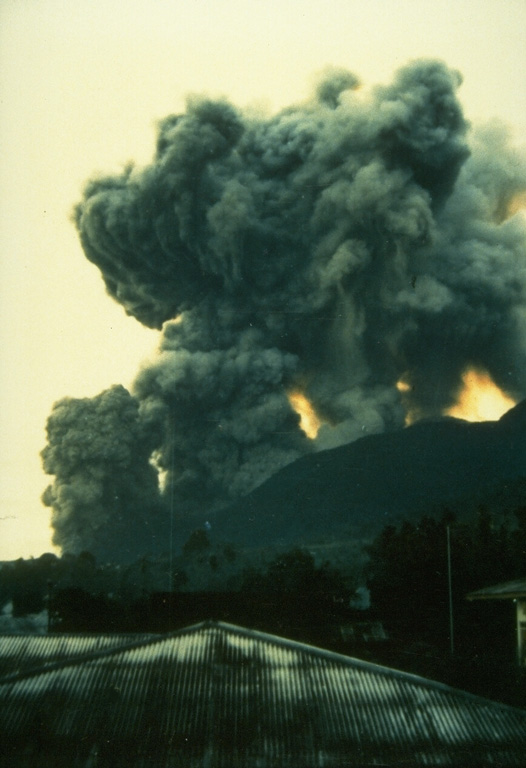 On May 9, 1988, ash columns rise from four eruptive vents along a fissure on the southern flank of Banda Api volcano, observed here from the village of Neira, located across a narrow strait 4.5 km east of the eruptive fissure. An arcuate N-SSW-trending eruptive fissure cut almost entirely across Gunung Api Island during the first day of the eruption and produced both vigorous explosive activity and lava flows. Winds distributed ashfall primarily to west, away from Neira Island.