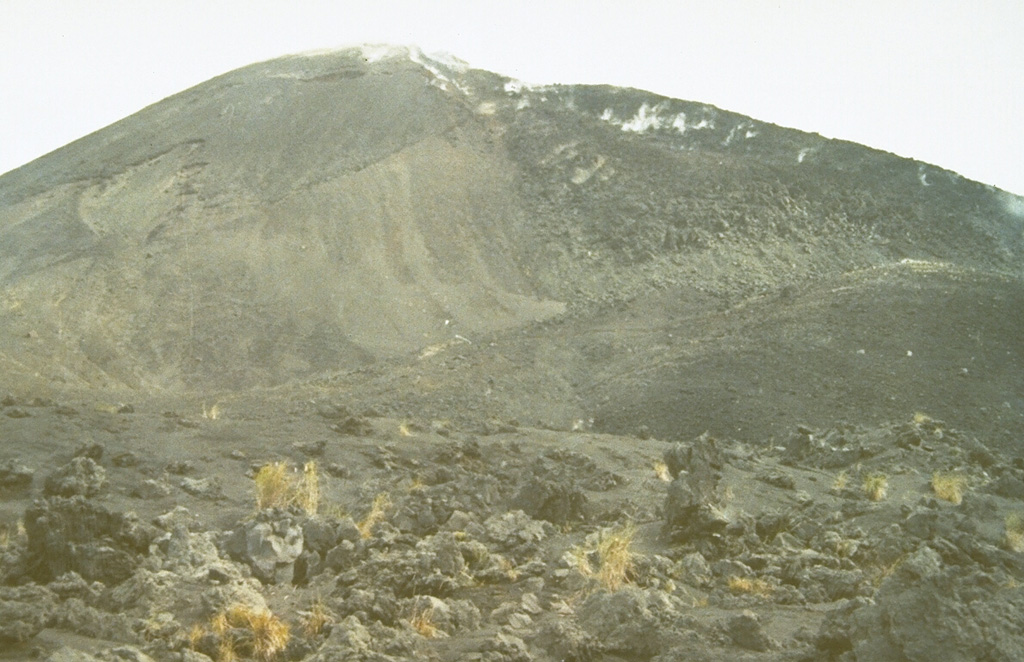 During an eruption in 1966-67, a lava dome was emplaced at the summit of Soputan. A blocky lava flow, seen here steaming along the right-hand skyline from the NE-flank cone of Aeseput, descended its flanks. The eruption began with a vulcanian explosion on May 21, and lava outflow began June 12-15, resumed again in November, and continued until November of the following year. An explosive eruption accompanied by pyroclastic flows took place on September 25, 1966.