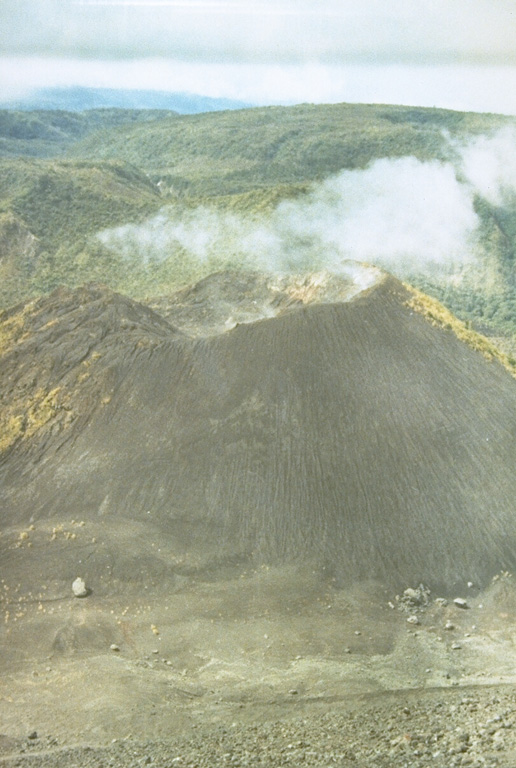 The broad 1549-m-high Sempu stratovolcano (background) is seen here from the summit of neighboring Soputan volcano. The prominent cone in the center is Aeseput, a 20th-century cone constructed on the NW flank of Soputan. Gunung Sempu volcano was constructed within a 3-km-wide caldera. Kawah Masem maar was formed in the SW part of the caldera and contains a crater lake and fumarolic areas that have been the site of sulfur extraction. No historical eruptions are known from Sempu. 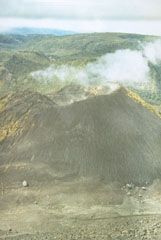