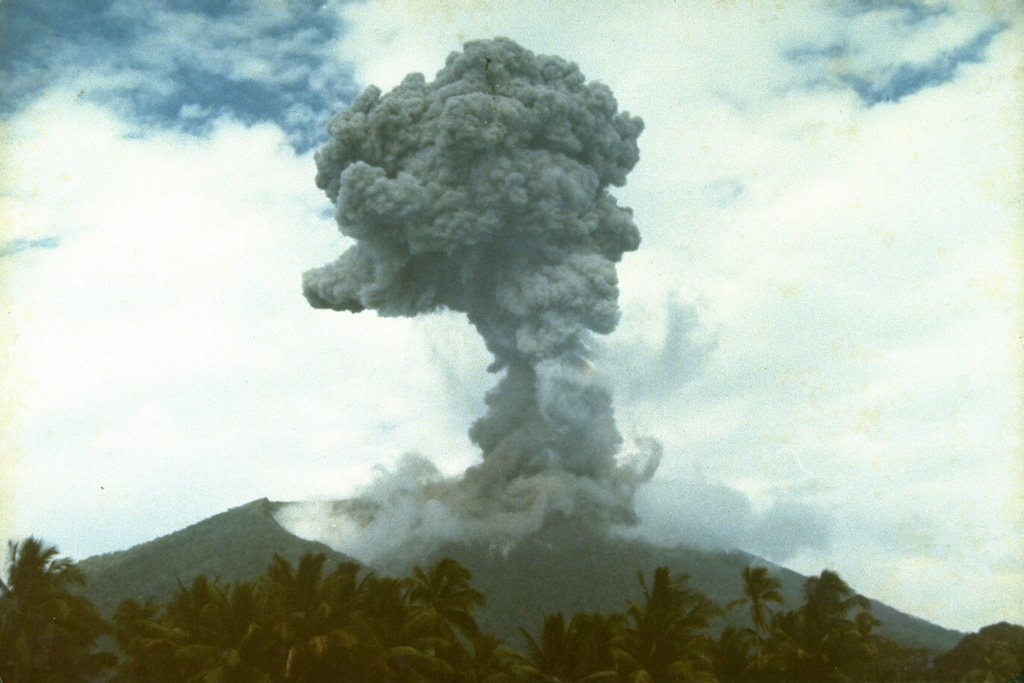 An eruption plume, viewed from the north, rises from the summit of Soputan volcano on September 13, 1982. The eruption began on August 26, when an eruption column rose 15 km, and lasted until November 10. The August 26 explosion prompted the evacuation of 850 inhabitants of a village on the flank of the volcano.