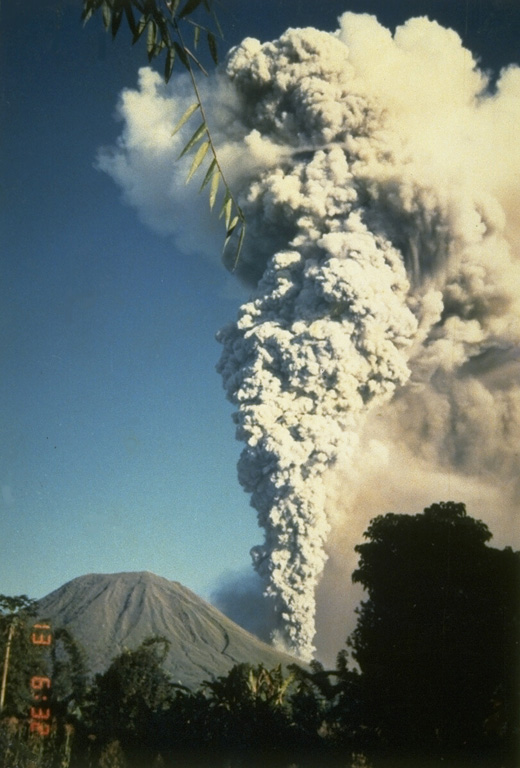 A large eruption plume plume rises above Tompaluan crater in the saddle between Lokon (left) and Empung volcanoes on May 13, 1987, the final day of a period of intermittent eruptions that began in March 1986. The initial explosions on March 22 and 24 and May 10 ejected the crater lake water, and lahars occurred during the latter two days. Ashfall during the eruption damaged house roofs and rice fields.