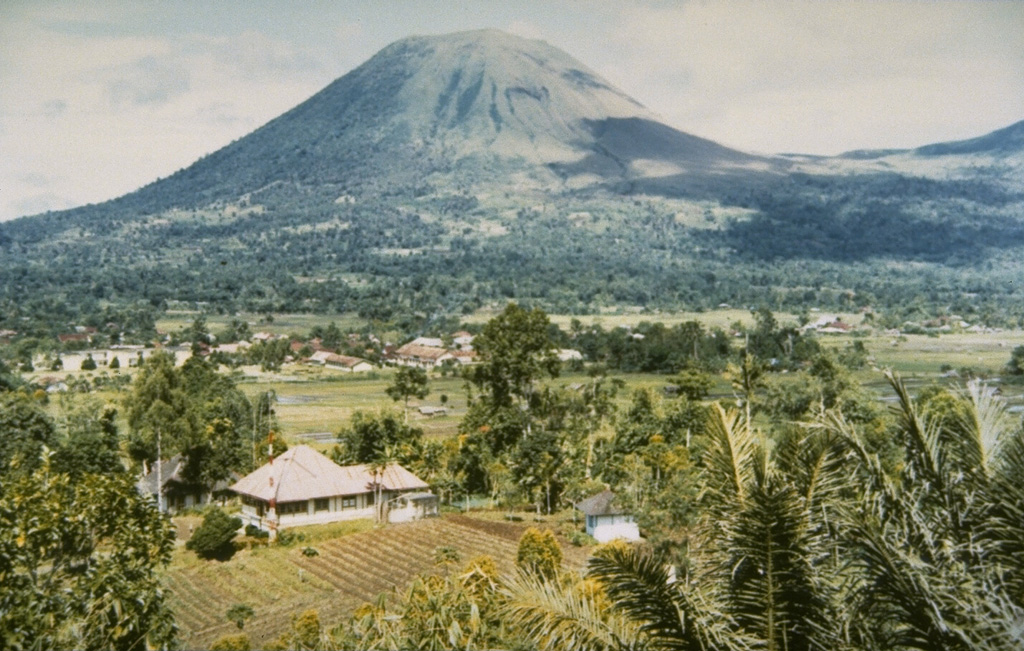 The twin volcanoes Lokon and Empung rise 800 m above the plain of Tondano. The more prominent Lokon volcano, seen here from the Kakaskasen Volcano Observatory on the SE, is higher than Empung volcano, part of which is visible at the right. Most historical eruptions from Lokon-Empung, one of the most active volcanoes on Sulawesi Island, have originated from Tompaluan crater, located at the right in the saddle between the two peaks.