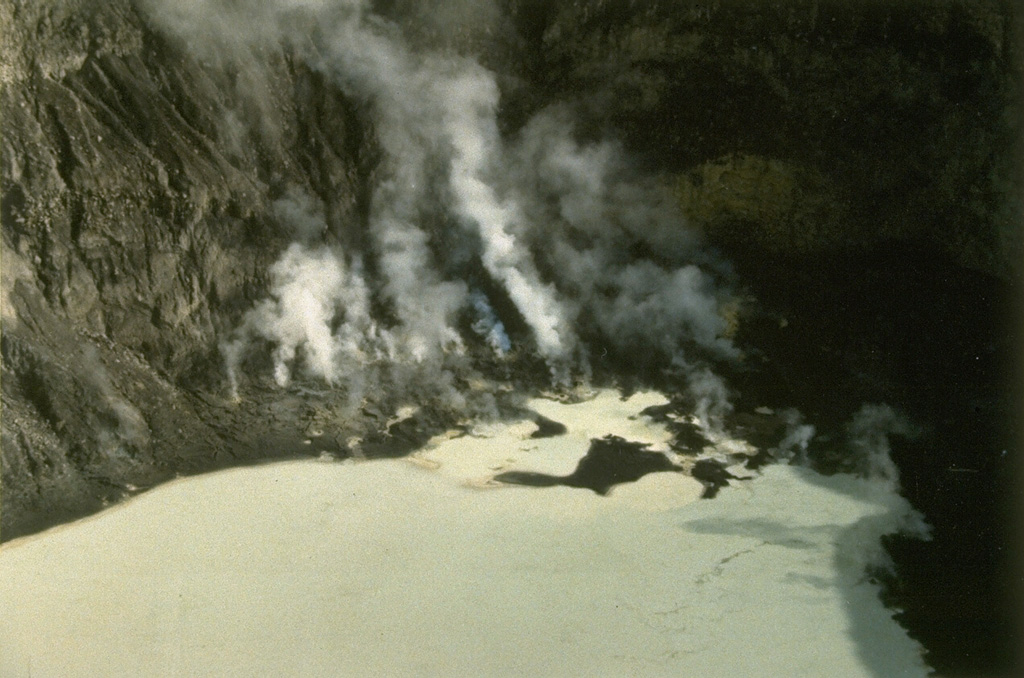 Mahawu volcano, located immediately to the east of Lokon-Empung volcano, contains a 450-m-wide, 140-m-deep summit crater. Active fumaroles are seen in this 1991 photo of the north end of the crater, which sometimes contains a crater lake. Small-to-moderate explosive eruptions have been recorded at 1331-m-high Mahawu volcano since the 18th century.