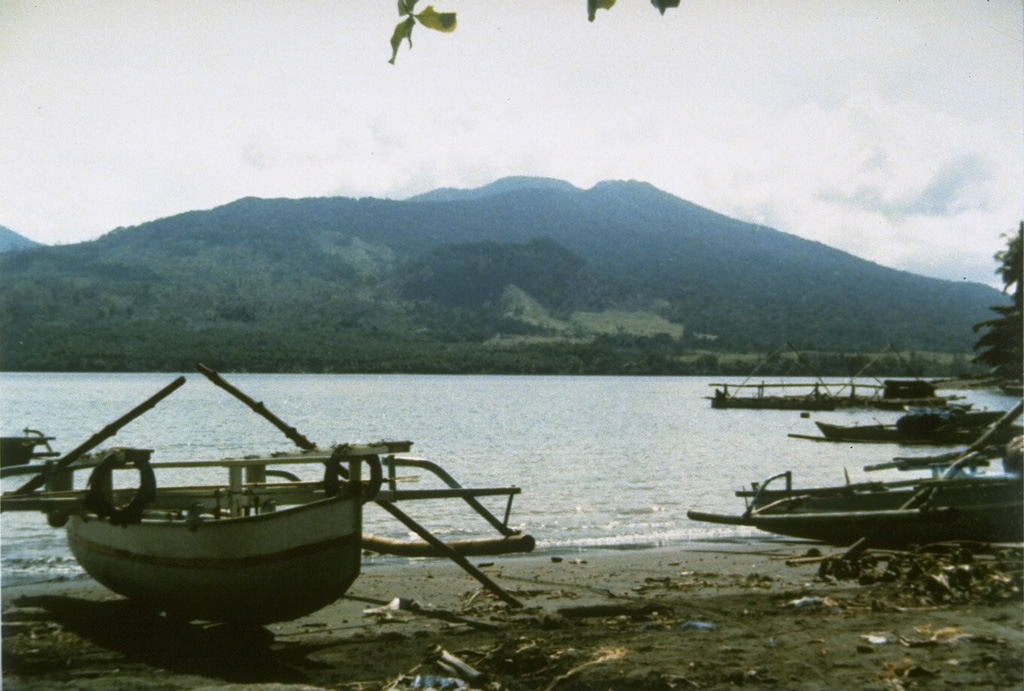 Tongkoko volcano, seen here from Lembe Island to the east, is a broad, 1149-m-high stratovolcano capped by a large summit crater. The lava dome Batu Angus, which formed in an eruption in 1801, can be seen on the east flank of the volcano in the center of the photo. Gunung Dua Saudara National Park, a noted wildlife preserve, extends from the volcanic highlands to offshore coral reefs.