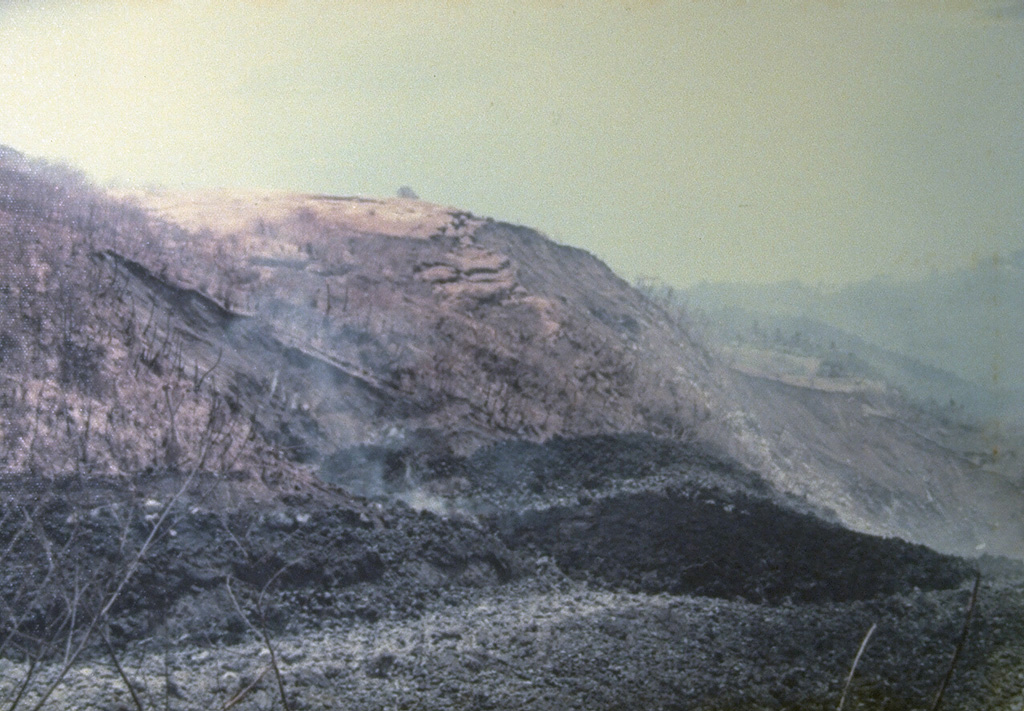 An eruption began on September 15, 1976, from a new vent on the south flank at 1000 m altitude. It produced a lava flow, seen in the foreground of this photo, that traveled 7 km to reach the sea on the SW flank. Pyroclastic flows from collapse of the lava flow's terminous scorched vegetation near the flow, destroyed houses, and caused one fatality. The eruption lasted until September of the following year.