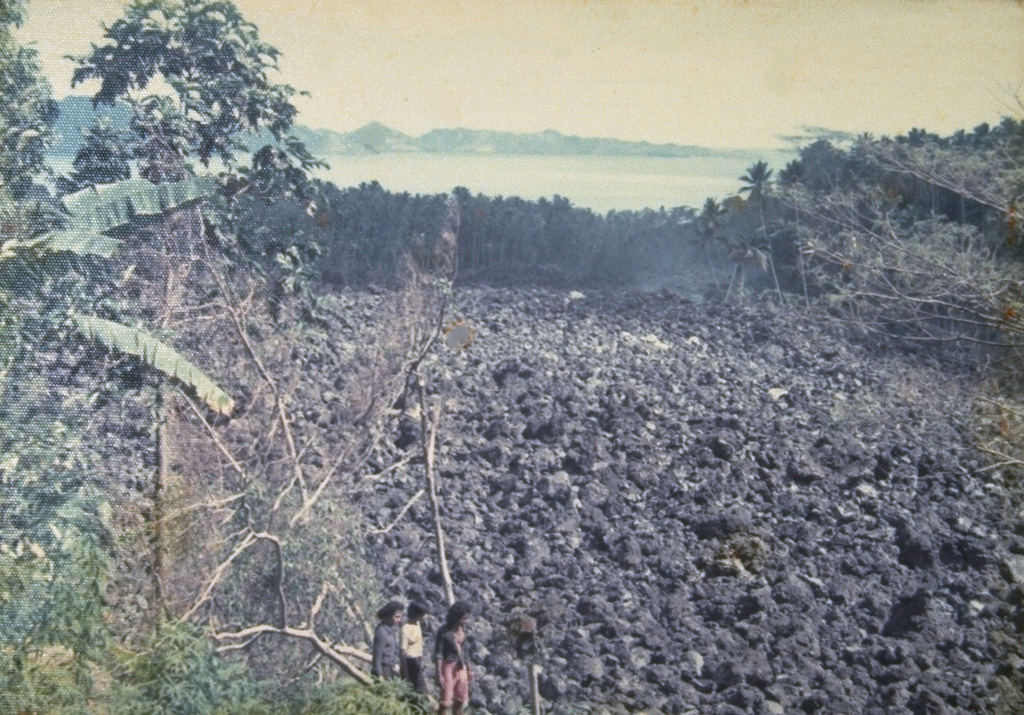 A blocky lava flow, seen here from the NW, descends the southern flank of Karengetang (Api Siau) volcano in 1976. An eruption began on September 15 from a new vent on the south flank at 1000 m altitude. The lava flow traveled 7 km to reach the sea on the SW flank. Pyroclastic flows from collapse of the lava flow's terminous scorched vegetation near the flow, destroyed houses, and caused one fatality. Minor cauliflower-like gas emission accompanied by rumblings continued until the end of the eruption in September of the following year.