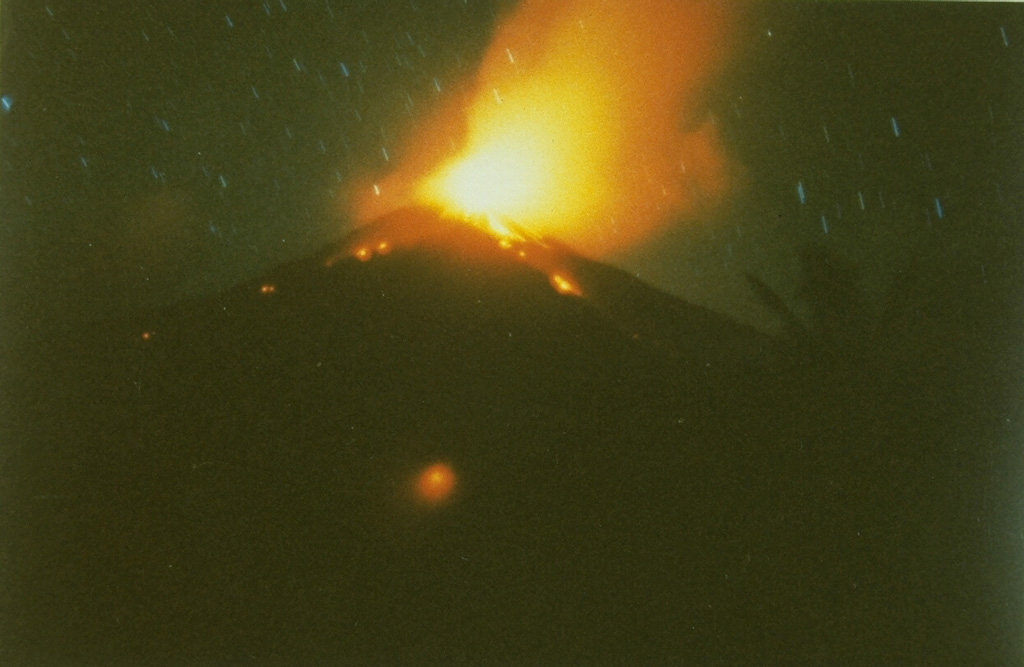 A time exposure captures a nighttime view from the south of explosive eruptions at the summit of Karangetang volcano in February 1985, part of an eruption that began in May 1983 and lasted until the end of 1988. On February 24, 1985, a new vent opened on the south flank, sending a lava flow down the Batuawang River.