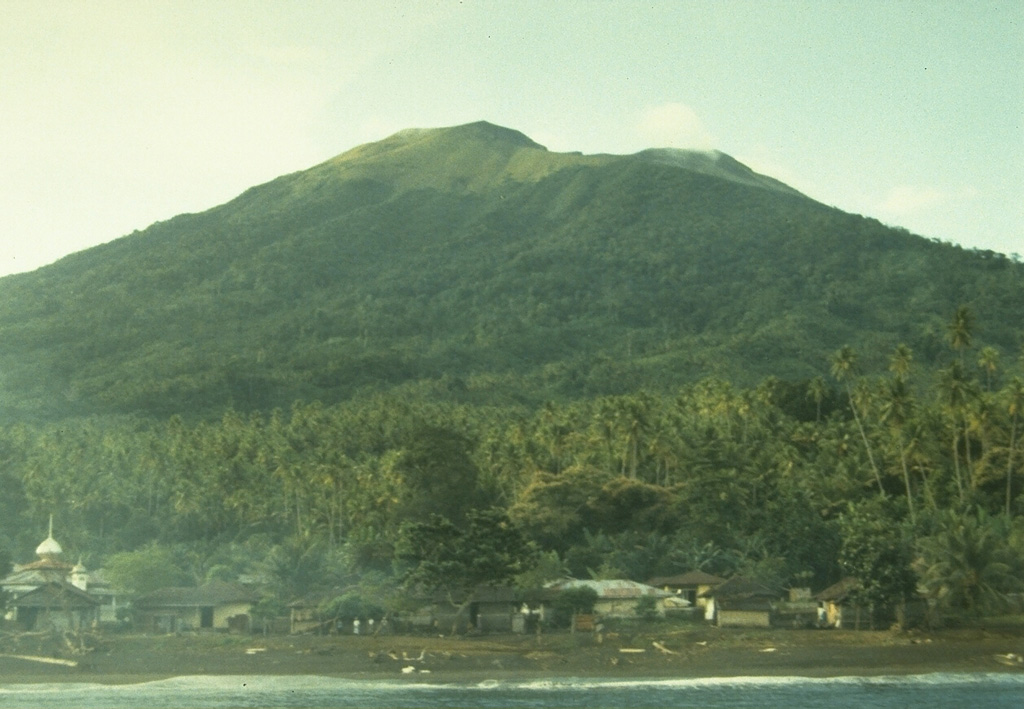 Gamkonora volcano, seen here from the NW coast near Gamsungi village, is one of Halmahera's more active volcanoes. The summit crater of Gamkonora is elongated in a N-S direction, with a small crater lake at the north end. The first two historical eruptions, in 1564 or 1565, and in 1693, were the most severe, producing respectively a destructive lava flow that reached the sea, and a tsunami that inundated villages.

Photo by A. Solihin, 1984 (Volcanological Survey of Indonesia).