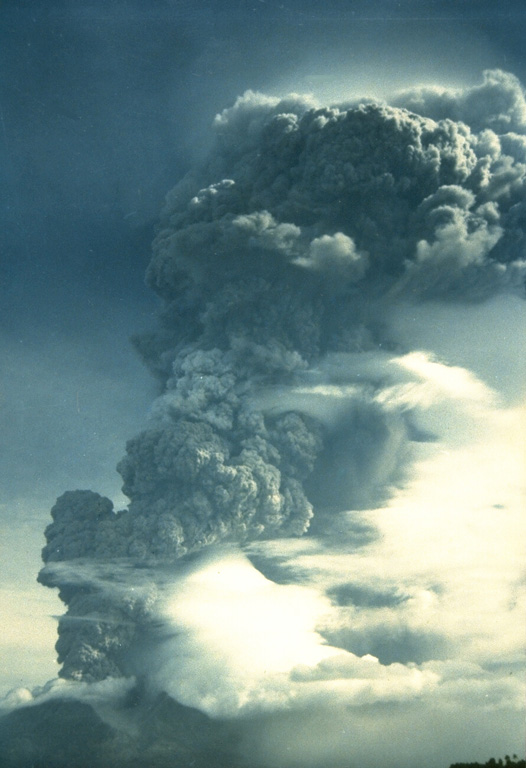 A vigorous eruption column rises above Makian volcano in this 1988 view from neighboring Moti Island. The six-day eruption began on July 29, producing eruption columns that reached 8-10 km altitude. Pyroclastic flows on the 30th reached the coast of the island, whose 15,000 residents had been evacuated. A flat-topped lava dome was extruded in the summit crater at the conclusion of the eruption.