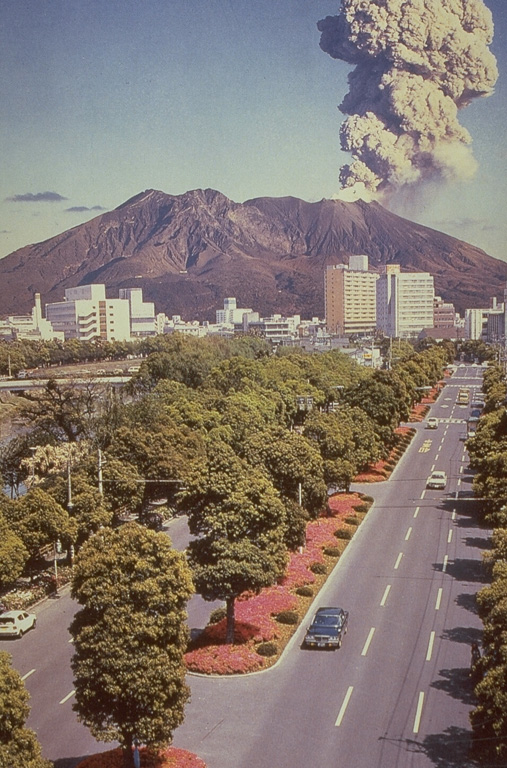 An eruption plume from Sakurajima, one of Japan's most active volcanoes, rises above the city of Kagoshima. It is a post-caldera volcano of the Aira caldera at the northern half of Kagoshima Bay. Eruptions began around 13,000 years ago and built an island that joined the Osumi Peninsula during the eruption of 1914. Frequent historical eruptions have recorded since the 8th century and deposit ash on Kagoshima city.