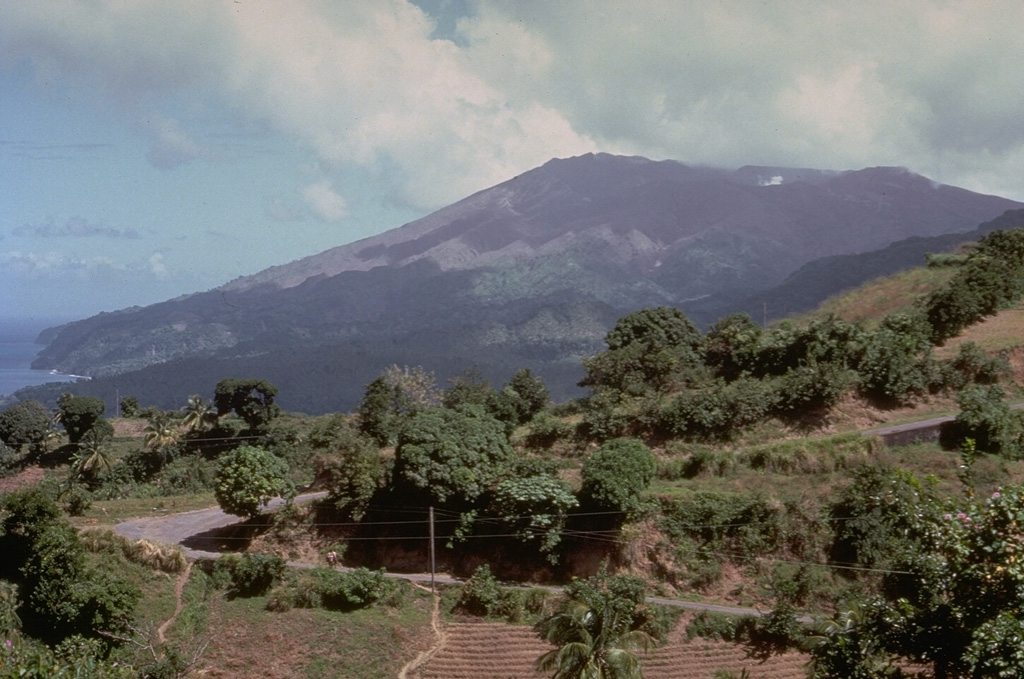 Soufrière volcano, seen here from the south, forms the northern end of the island of St. Vincent. Its broad, flat summit is formed by several generations of craters. The present-day, 1.6-km-wide crater, cut on its NE side by a smaller crater formed in 1812, has been the site of lava dome formation and explosive removal on several occasions since the first historical eruption in 1718. Pyroclastic flows from eruptions in 1812, 1902, and 1979 reached the coast.