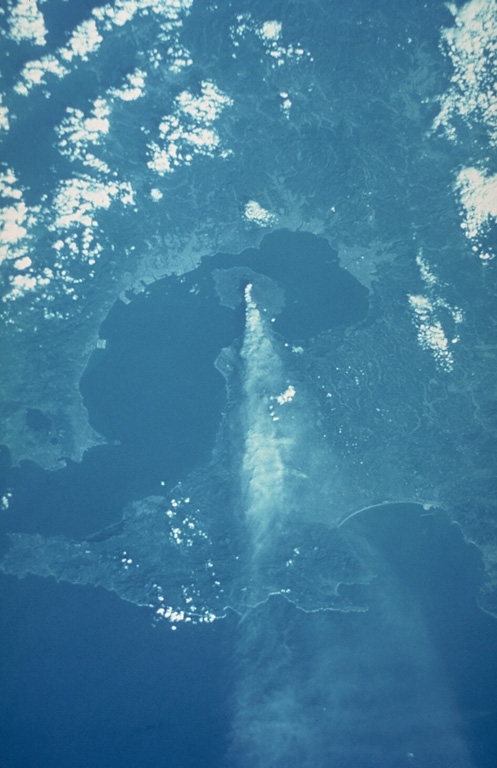 A space shuttle photograph taken on 6 October 1985 shows an ash plume dispersing E from Sakurajima across the Osumi Peninsula to the Pacific Ocean. Sakurajima is near the S rim of the 20-km-wide Aira caldera that encompasses much of the N end of Kagoshima Bay. The caldera formed during an eruption about 22,000 years ago. Kagoshima City is the lighter-colored area across the bay immediately W.