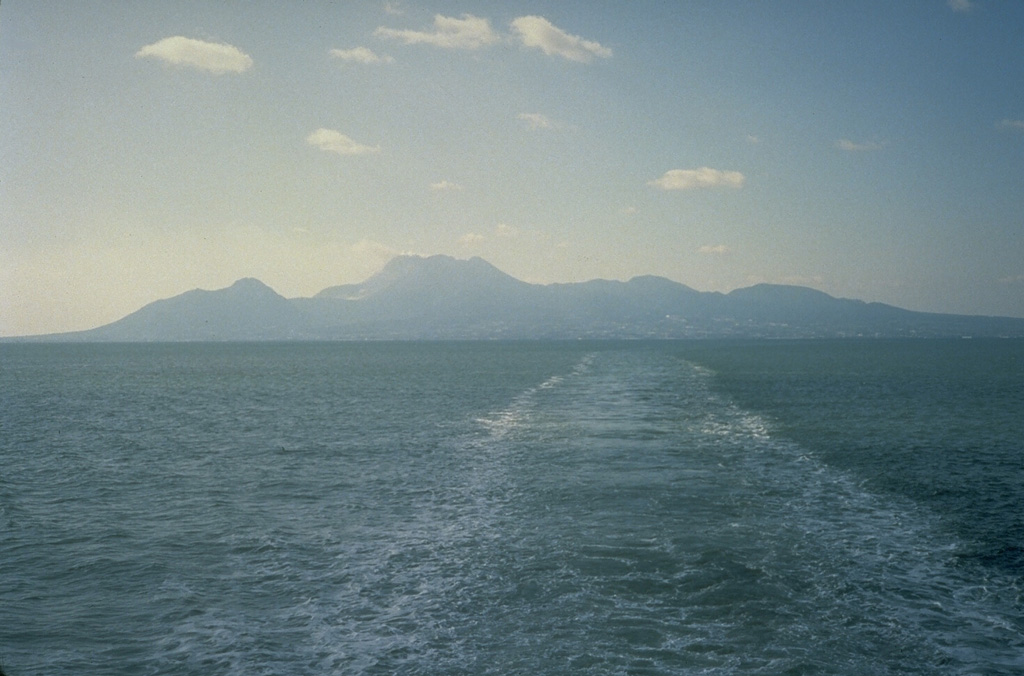 The Unzen volcanic complex comprises much of the Shimabara Peninsula east of Nagasaki, seen here looking to the W from across Shimabara Bay. Three large edifices are shown here, Kinugasa to the N, Fugendake in the E-center, and Kusenbu on the S. Historical eruptive activity has been restricted to the summit and flanks of Fugendake. Activity during 1990-95 formed a lava dome at the summit that produced pyroclastic flows (block-and-ash flows).