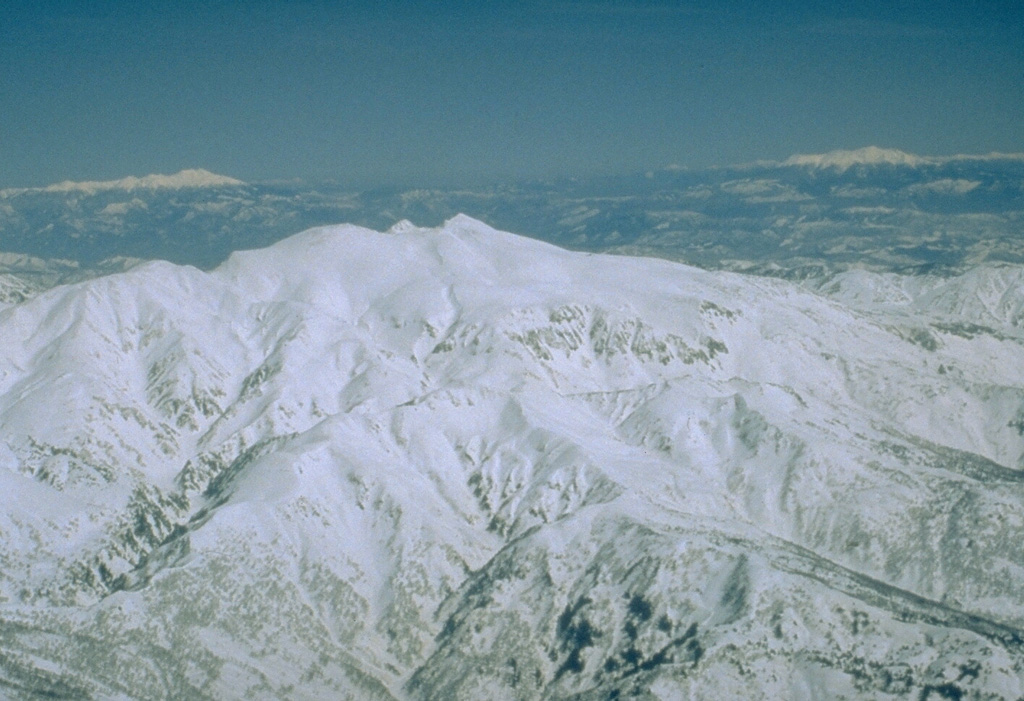 Hakusan is seen here from the W with the snow-covered peaks of Norikura and Ontakesan on the left and right horizons, respectively. It was constructed on a high basement of sedimentary rocks in a region of very heavy snowfall that has contributed to erosion. Eruptions were recorded over almost a thousand-year period until the 17th century. 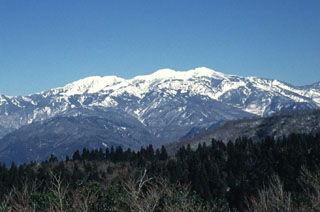