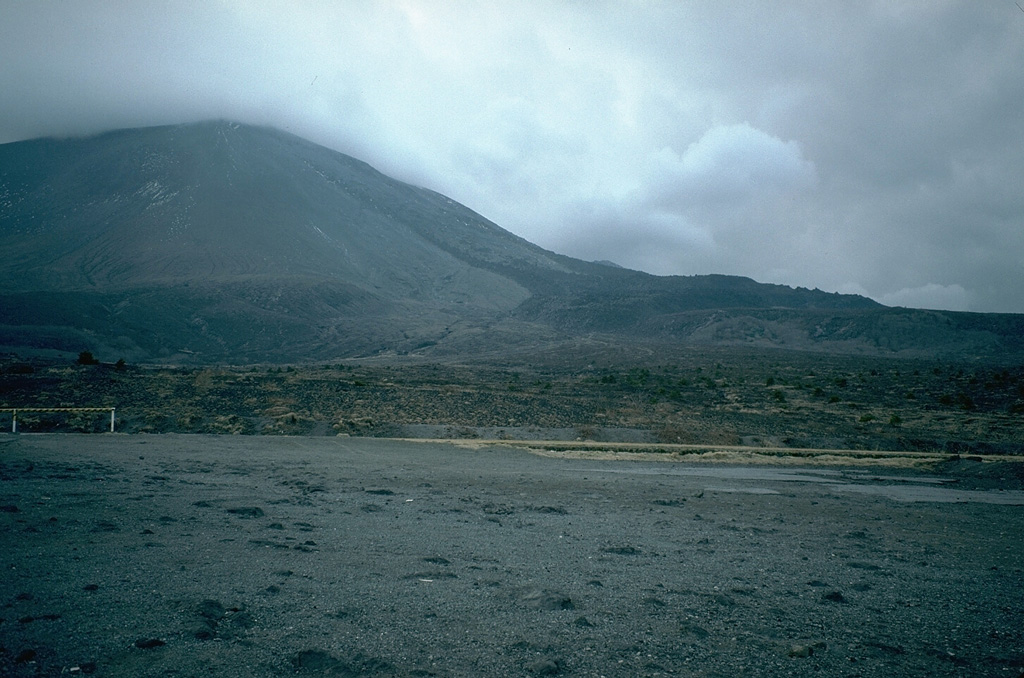 This view of Asamayama from the NE shows deposits of one of the largest historical eruptions of the volcano. The flat surface in the foreground is a pyroclastic flow deposit from the 1783 eruption. Behind it is the 1783 Onioshidashi lava flow that descended the north flank near the right horizon. The 1783 eruption began on 9 May and devastating pyroclastic flows and lahars on 4 and 5 August caused many fatalities. The lava flow was emplaced at the end the eruption, which ceased on 5 August.