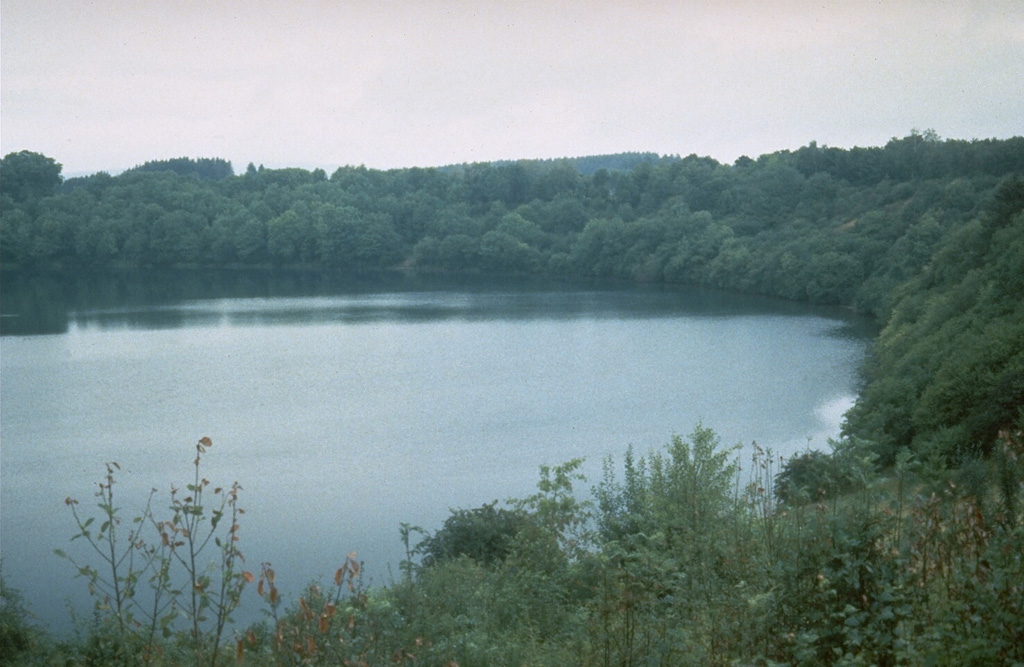 The lake-filled Weinfelder maar is one of about 80 maars of the West Eifel Volcanic Field in Germany, west of the Rhine River. The roughly 500-m-wide crater was formed during the late Pleistocene by explosions through non-volcanic bedrock. About 230 eruptions during the past 730,000 years formed a 600 km2 area that includes maars, scoria cones, and small stratovolcanoes. 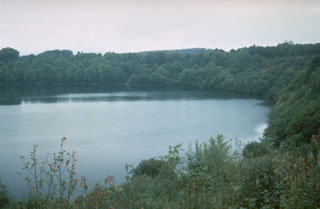