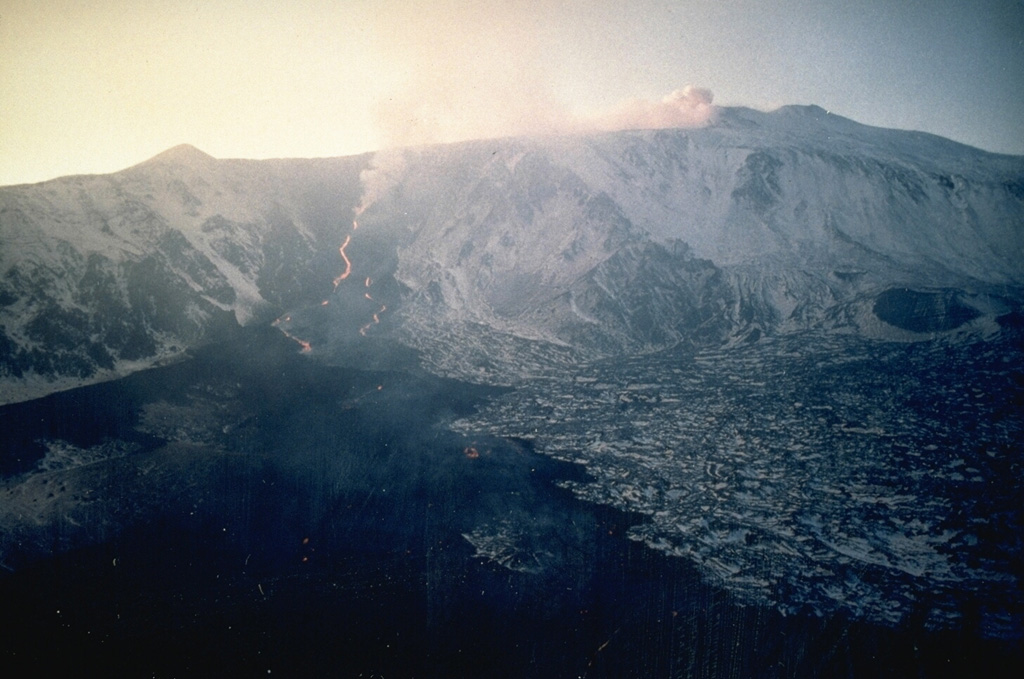 This 31 December 1991 view of Etna from the E shows lava flows descending the headwall of the Valle del Bove. This eruption began from the Southeast Crater and nearby fissures and lasted until 30 March 1993. The eruption was Etna's largest during the past 300 years, producing 0.3 km3 of lava that descended 7.5 km down the flank.