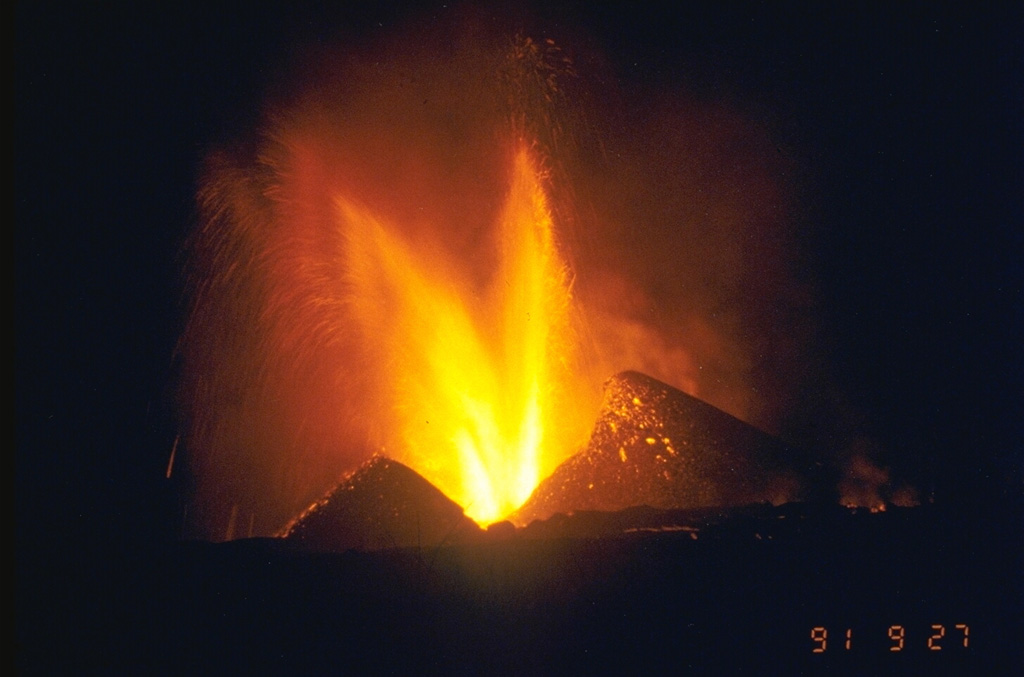 An eruption began on 20 September 1991 on the NE flank, 15 km from the summit. This was the northernmost historical eruption site of Nyamuragira. Lava fountaining from the new Mikombe cone is seen here on 26 September (the 27 September date-time stamp is in Japan Standard Time). Lava flows extended 6-7 km to the NE, cutting the road to Tongo. The eruption became more explosive on 20 November, and by July 1992 had built 26 scoria cones along a NE-trending fissure zone. The eruption continued until 8 February 1993.