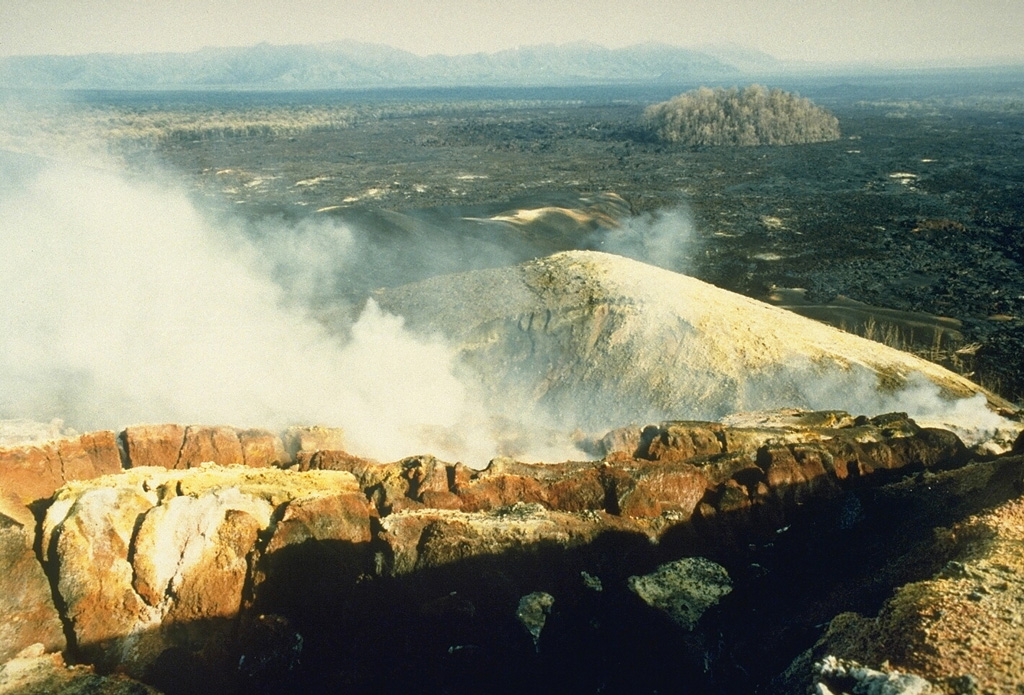 Steam rises from Kimanura scoria cone, which was formed during an eruption from April to August 1989 on the E flank of Nyamuragira. This December 1989 photo looks N across a black lava flow that had traveled about 20 km down the N flank. The flow diverted around a forested "kipuka" of an older cone (upper right), scorching leaves but not burning the trees. The Kimanura vent was the lowest of three that were active in 1989. A small fissure in the summit caldera and another on the upper SE flank also produced lava flows.