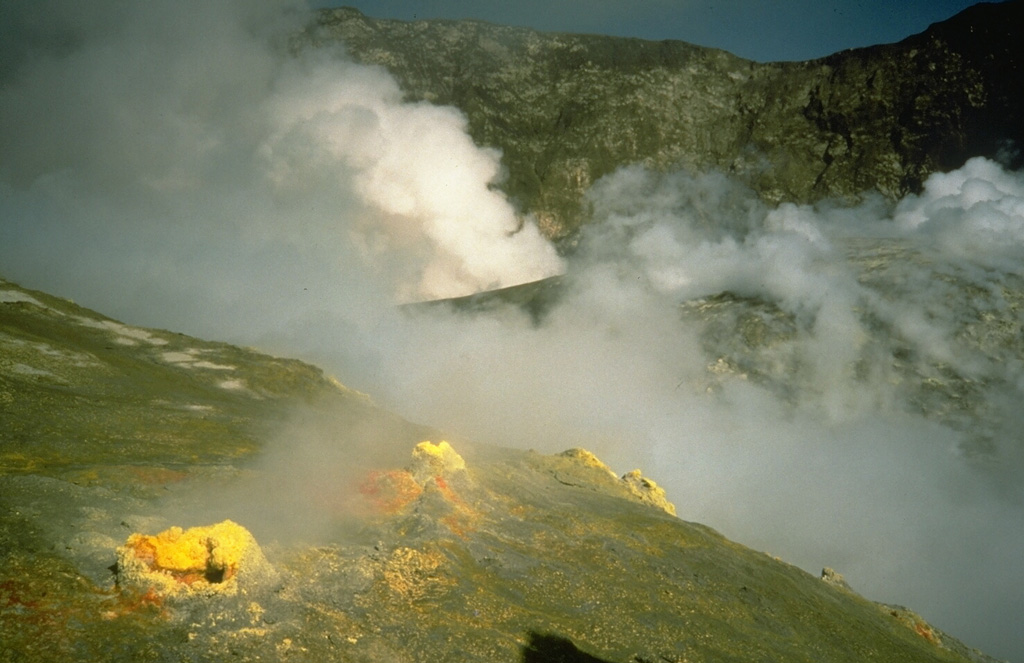 Sulfur deposits on the margins of fumarole vents on White Island volcano (also called Whakaari), with steam rising above a larger vent in the background. This photo was taken shortly after the beginning of an explosive eruption in February 1986 that lasted until July 1994.