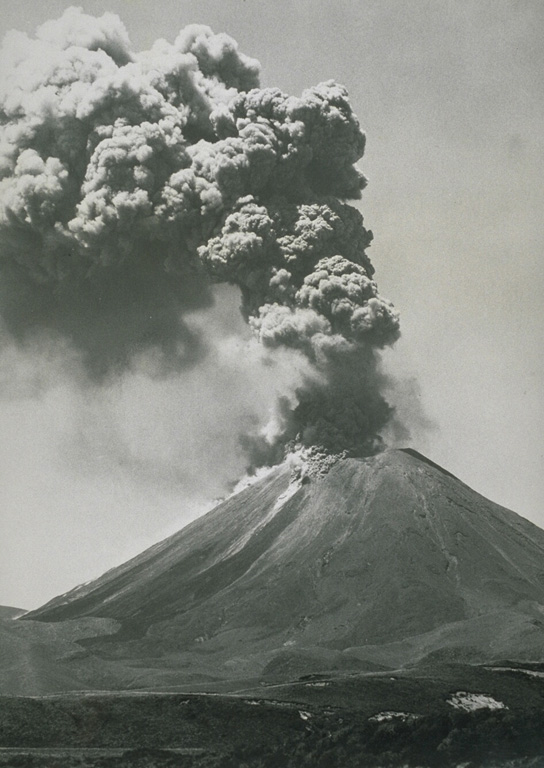 An ash plume rises above Ngauruhoe volcano on 26 January 1974 in this view from the W. Small pyroclastic flows descend the upper flanks of the cone. Eruptions during 26-28 January and 27-29 March 1974 were the most powerful at Ngauruhoe in two decades. Explosive activity had been occurring since November 1972 and lasted until August 1974. The dark streaks descending to the base of the cone to the left are lava flows from the 1954 eruption.