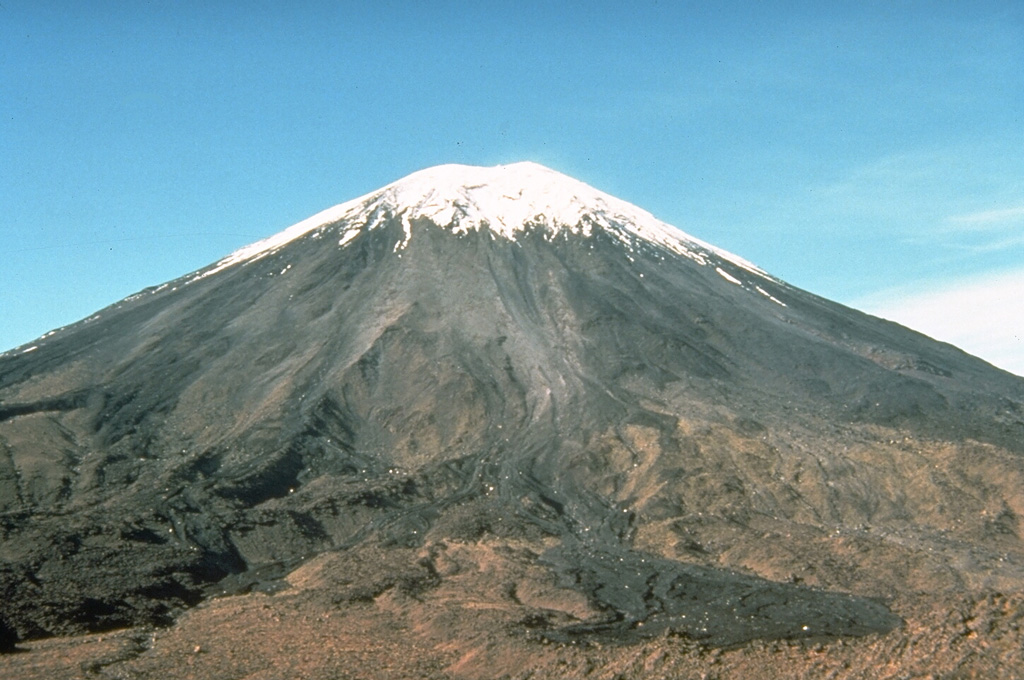 Snow-capped Ngāuruhoe volcano rises above the Mangatepopo track on the NW side of the volcano. The dark lobe in the right foreground is a deposit produced by lithic-rich pyroclastic flows during the 1975 eruption. Meter-scale ballistic blocks from powerful Vulcanian explosions during the 1975 eruption were ejected out to distances of 2.8 km, beyond the location of this photo.