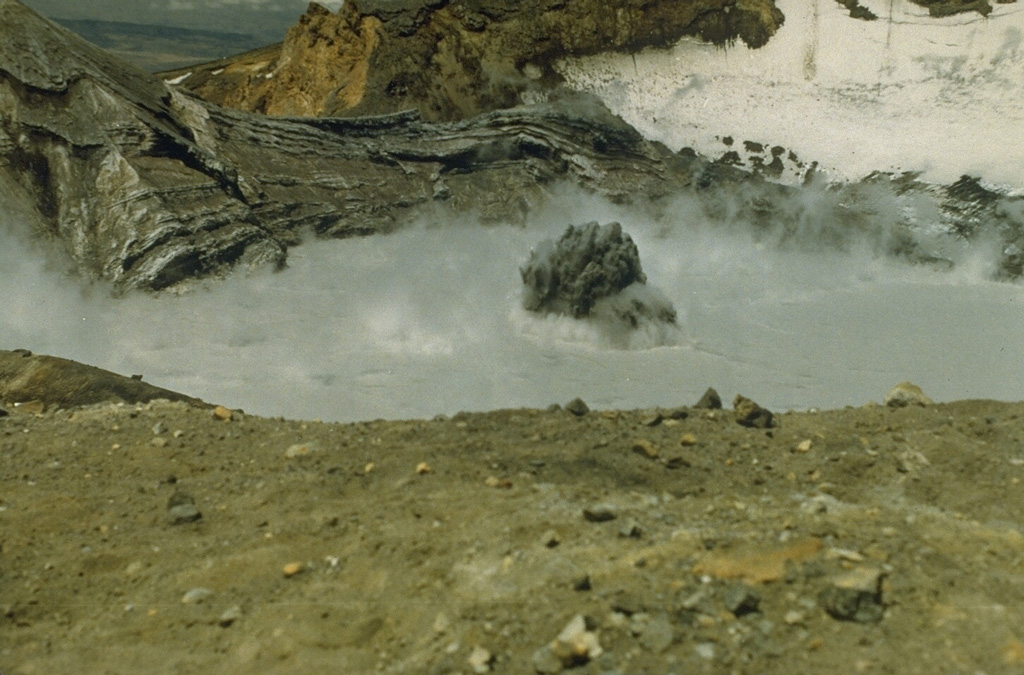 A series of minor phreatic eruptions, such as this one on 21 February 1982, took place from Crater Lake at the summit of Ruapehu volcano from October 1981 until April 1982. This eruption, seen here from the crater rim, is small compared to others that have taken place at Crater Lake.