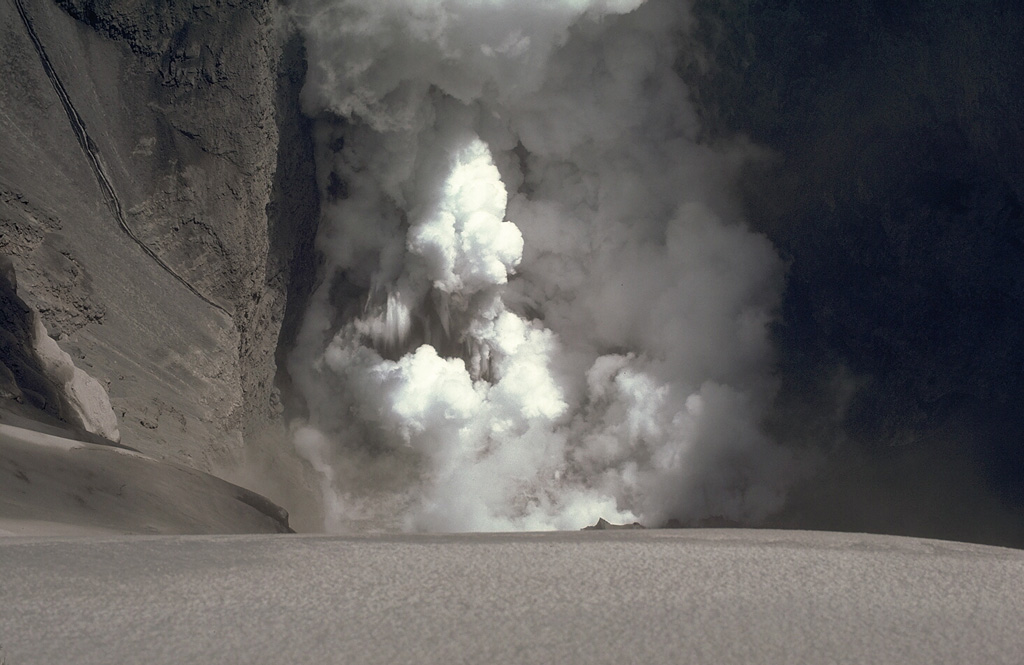 An ash plume from a phreatic explosion rises above a small crater lake at Karkar volcano on 22 April 1979. Following a major explosion from a new vent on the floor of the caldera on 8 March, minor explosions took place until May, after which activity intensified. A lake was briefly seen the day after this photo was taken. The lake disappeared after a strong explosion that night, which deposited ash on the SW caldera floor.