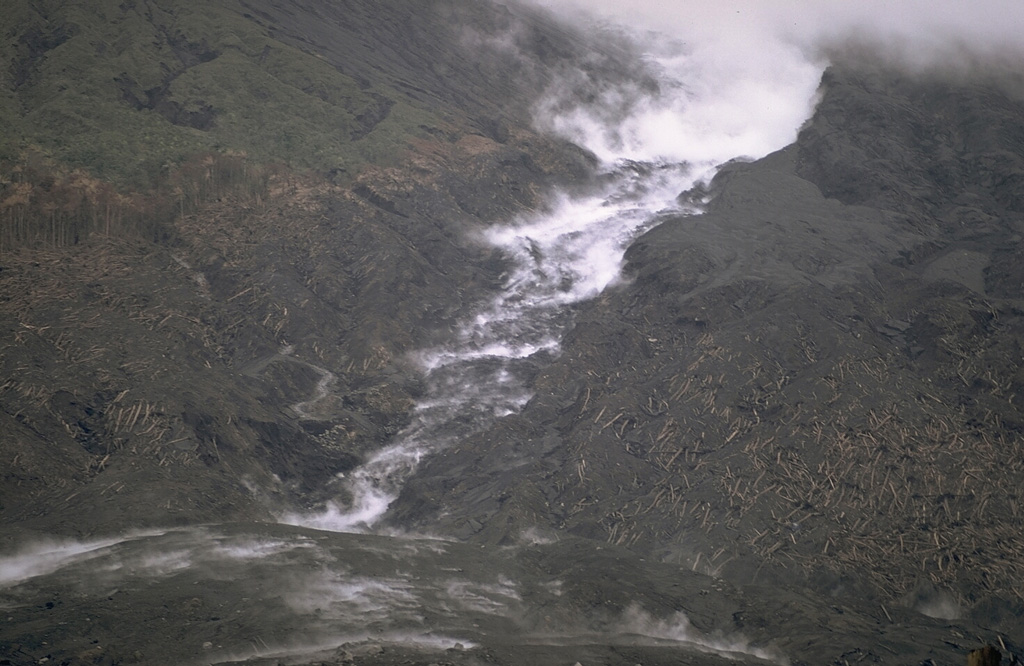 A white plume rises above a lava flow descending a channel on the NW flank of Ulawun volcano in February 1970. A pyroclastic flow descended the channel on 22 January to produce the deposits in the foreground. Pyroclastic surges at the margins of the hot avalanches knocked down rainforest trees in the direction facing away from the volcano as far as 5 km from the summit. The eruption lasted from 15 January to 11 February.