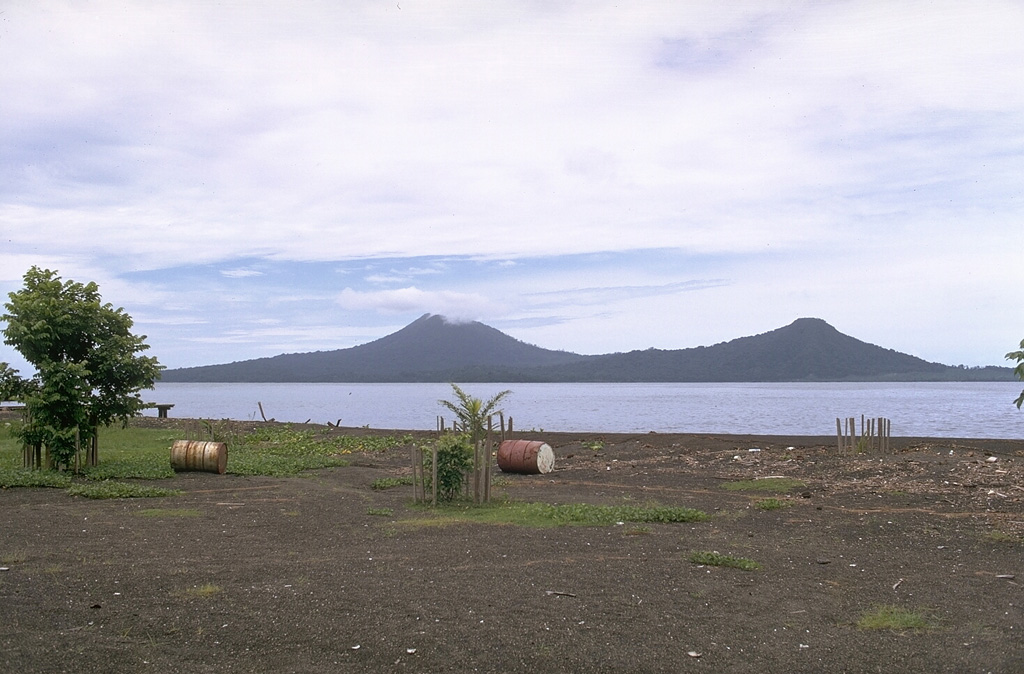 Lolobau volcano (left) is located on the western rim of a caldera that formed about 12,000 years ago on Lolobau Island. It is seen here from the south across Expectation Strait along the NE coast of New Britain. The peak at the right is on the eastern rim of the 6-km-wide caldera. Several vents within the caldera along an E-W-trending line on the E flank have had recorded activity. 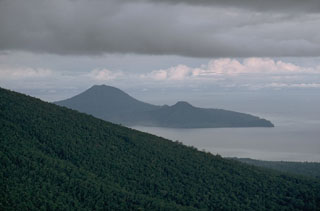