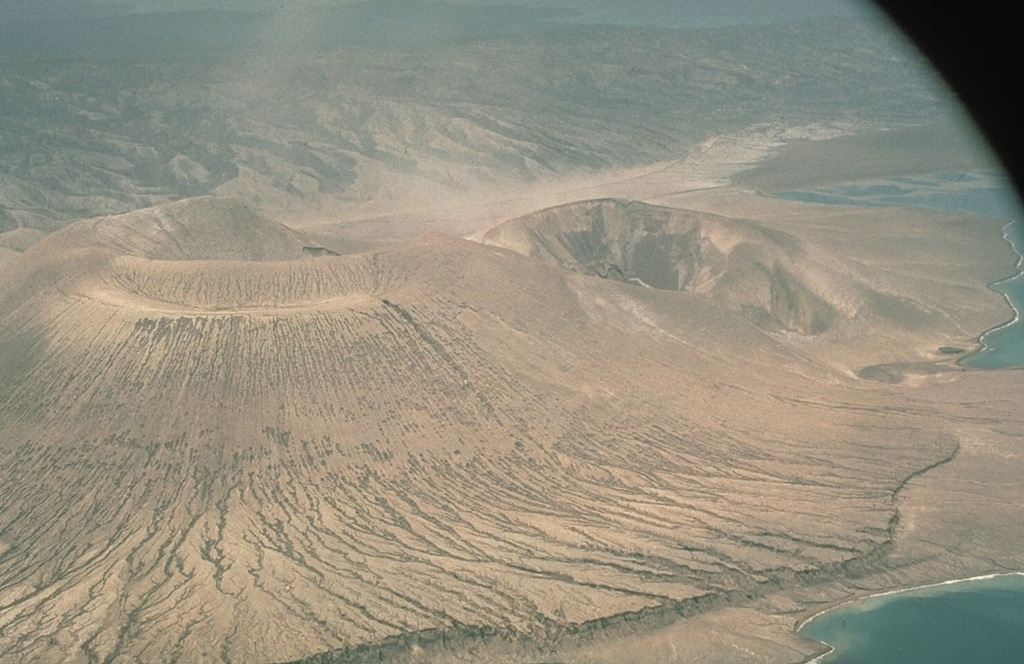 Vulcan, seen here from the SE, was the source of the largest eruptions at Rabaul in 1994. Vulcan began erupting on 19 September from a N-flank vent. Activity intensified rapidly, producing a large eruption column that reached an altitude of 20 km. Pyroclastic flows traveled radially down the flanks of the cone as far as 3 km and resulted in darkness in Rabaul city. The eruption originated from a N-S-trending fissure, seen here at the right. The scarp in the foreground was produced by a 5-m uplift the day before the eruption.