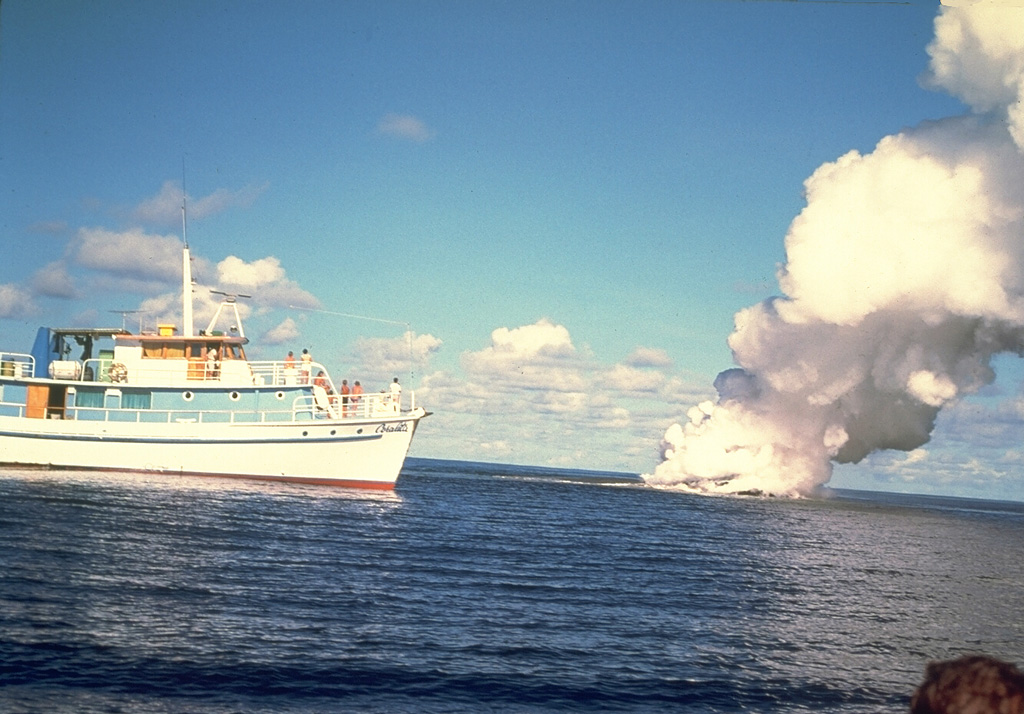 A submarine eruption from Kavachi volcano in July 1977. It is one of the most active submarine volcanoes in the SW Pacific, but is located far from major aircraft and shipping lanes. Sometimes referred to as Rejo te Kvachi ("Kavachi's Oven"), it has produced ephemeral islands up to 150 m long at least eight times since 1939.