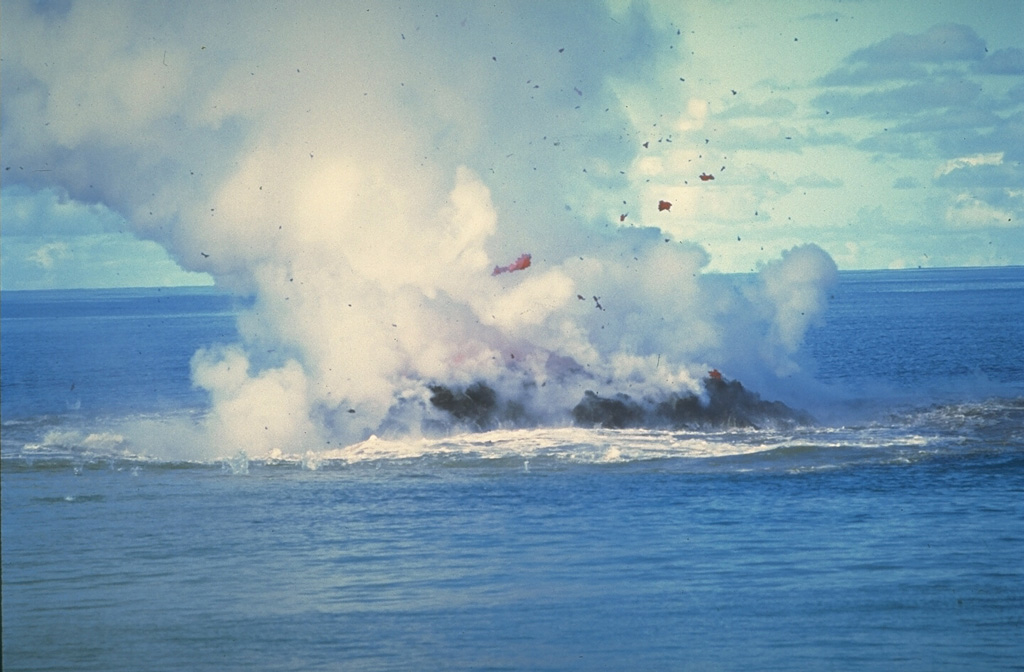 Clots of incandescent magma rise above Kavachi on 30 June 1978 after the vent of the submarine volcano had reached the sea surface. No eruptive activity was observed on 20 June, but there was an eruption the following day. On 22 June a 30-50 m island was observed erupting incandescent lava and gas and ash that rose a few thousand meters into the air. The eruption ended sometime between 16-28 July when observers on an overflight noted that the island was about 15 m wide and 3 m high.