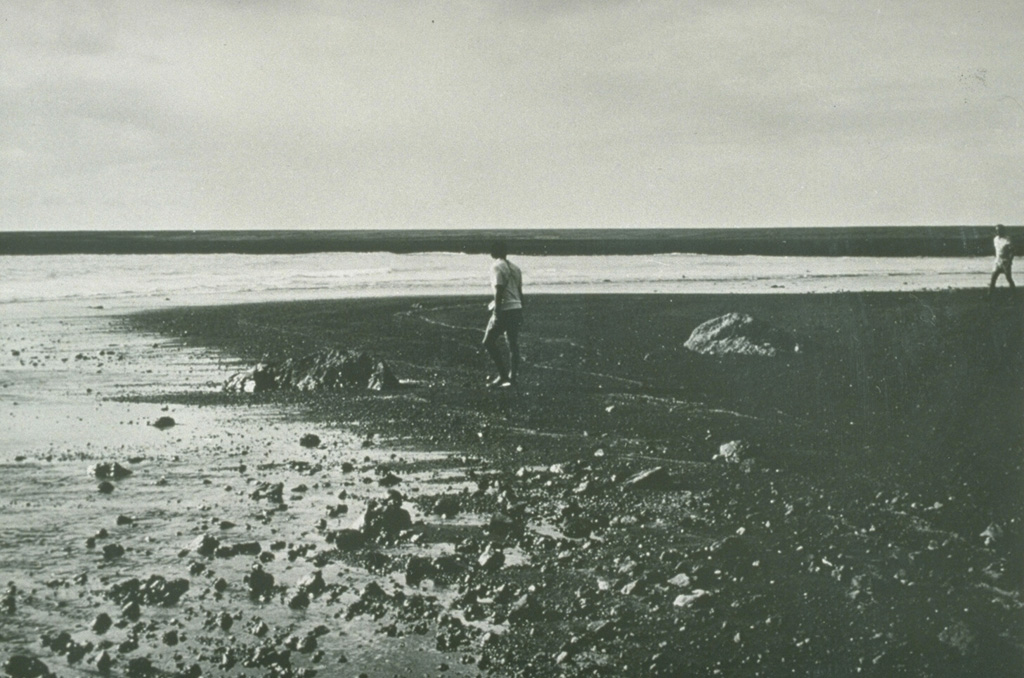 Ten days after a new island formed during a one-day submarine eruption in 1971, scientists investigate the surface of the new land. Ash plumes had been ejected to a height of 1 km. A low island 70 x 200 m had formed, with its block-littered surface one meter above high tide level. The Karua submarine volcano was constructed within the 6 x 12 km Kuwae caldera. 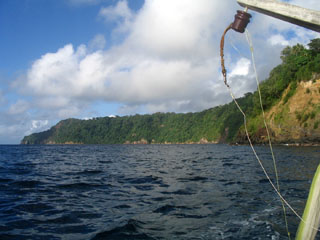