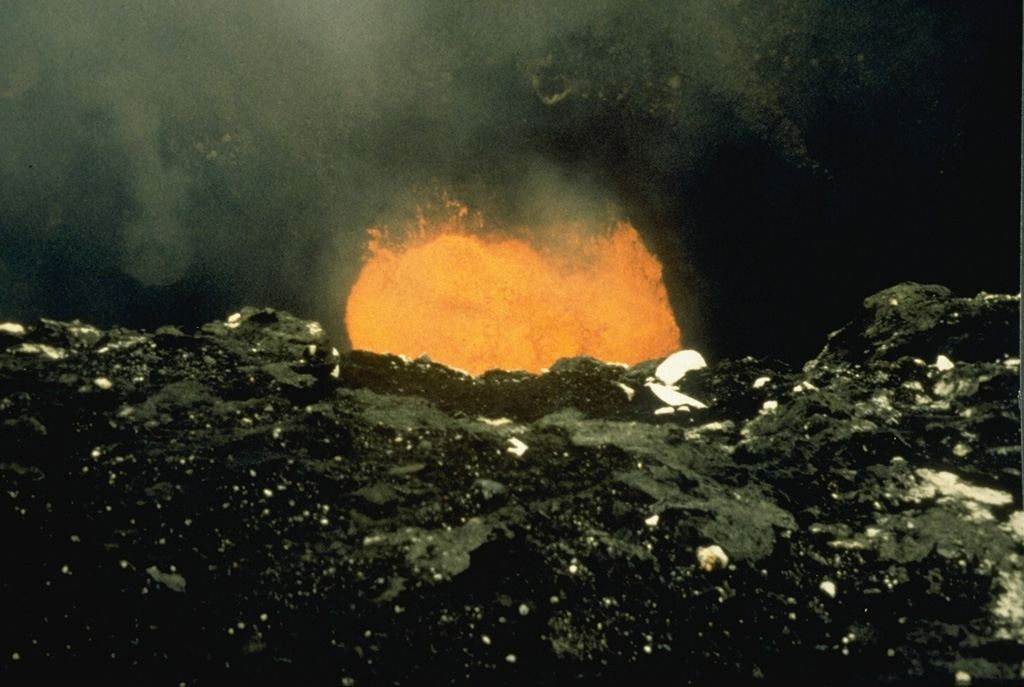 On 27 May 1988 this lava lake was observed in Mbwelesu's crater, which along with Marum, was emitting ash plumes. Airline pilots had reported ash plumes below 12 km altitude from Benbow on 13 February. Vanuatu geologists reported increased activity from Benbow during 12-14 February, after which the volcano returned to normal. On 9-10 August lava flows were emitted from a new cone along the S flank, Niri Taten, and traveled towards the southern caldera wall. This eruption ended on 23 August.