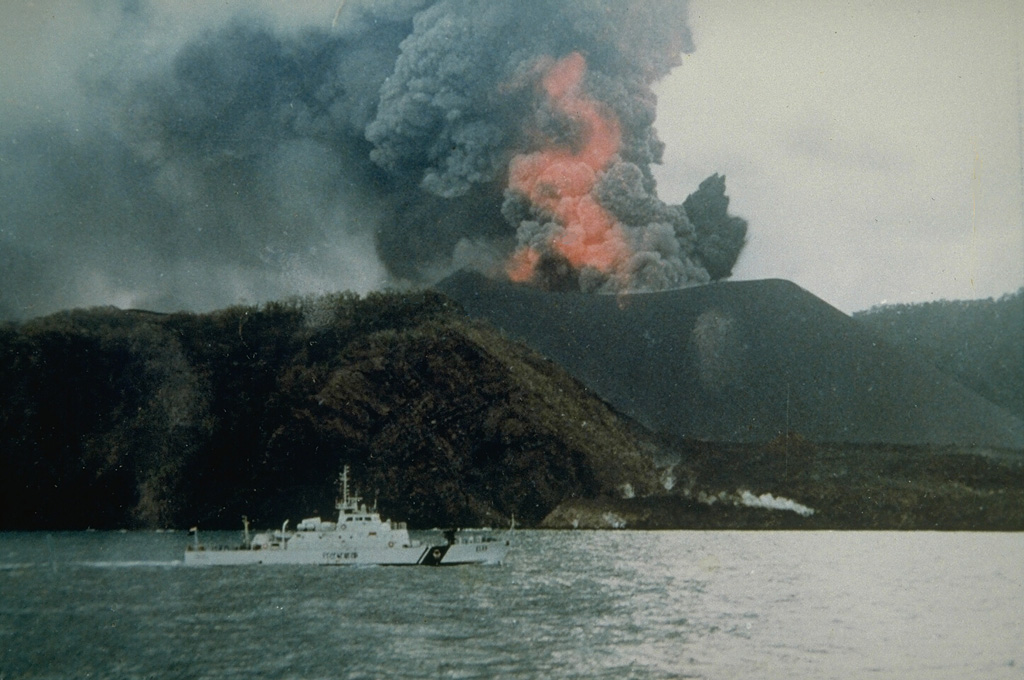 Barren Island erupted for the first time in the 20th century in April 1991. Strombolian eruptions from the central cone produced ash plumes and incandescent ejecta, and a lava flow that is visible in the foreground and reached the W coast of the island. By the time of this 25 September photograph, all subsidiary vents had merged to form an enlarged summit crater.