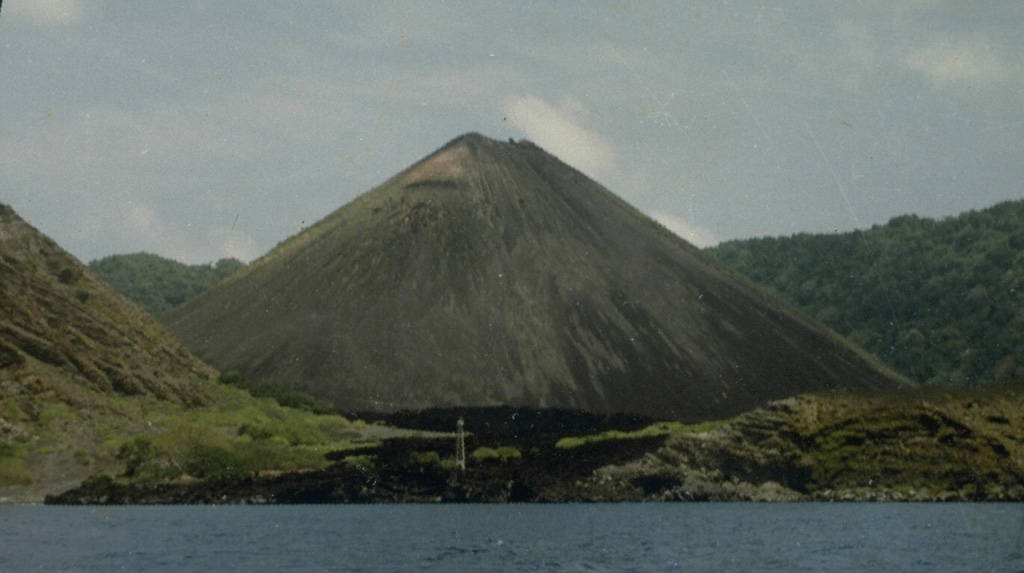 Prior to the 1991 eruption, the central scoria cone in the crater of Barren Island was 305 m high with a 60-m-wide crater at its summit. The black lava flow in the foreground erupted during 1803-1804 and extends from the base of the cone to the west coast. This lava flow was the first known in historical time from Barren Island.