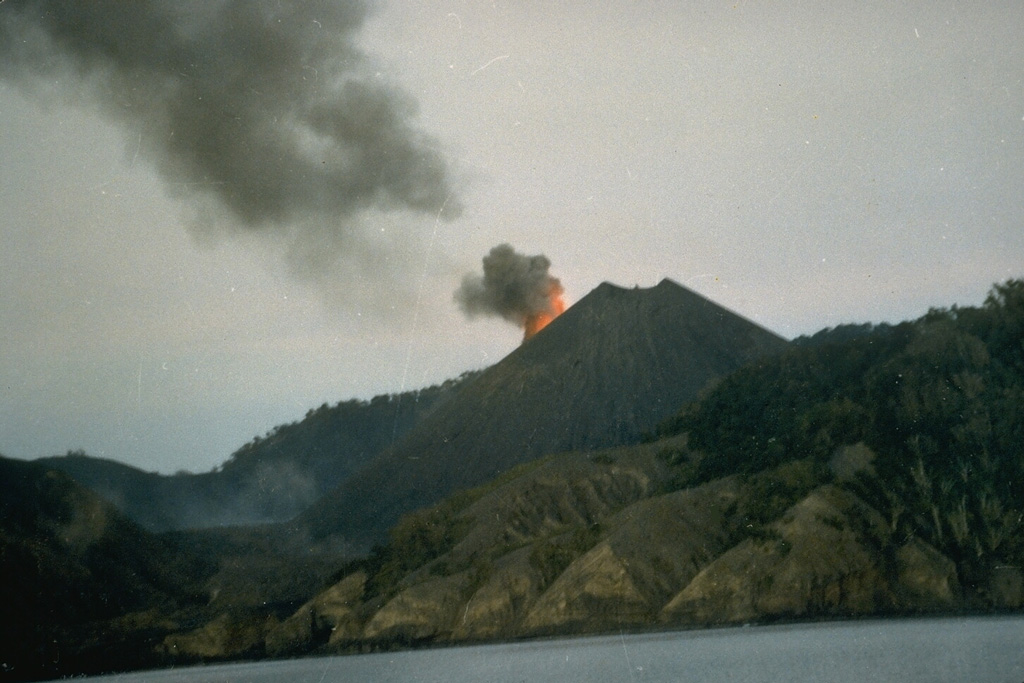 The central scoria cone of Barren Island is seen here from the SW erupting in May 1991. The 1991 eruption, the first of the 20th century from Barren Island, included explosive activity from a vent on the upper NE flank and lava flows that reached the west coast of the island.