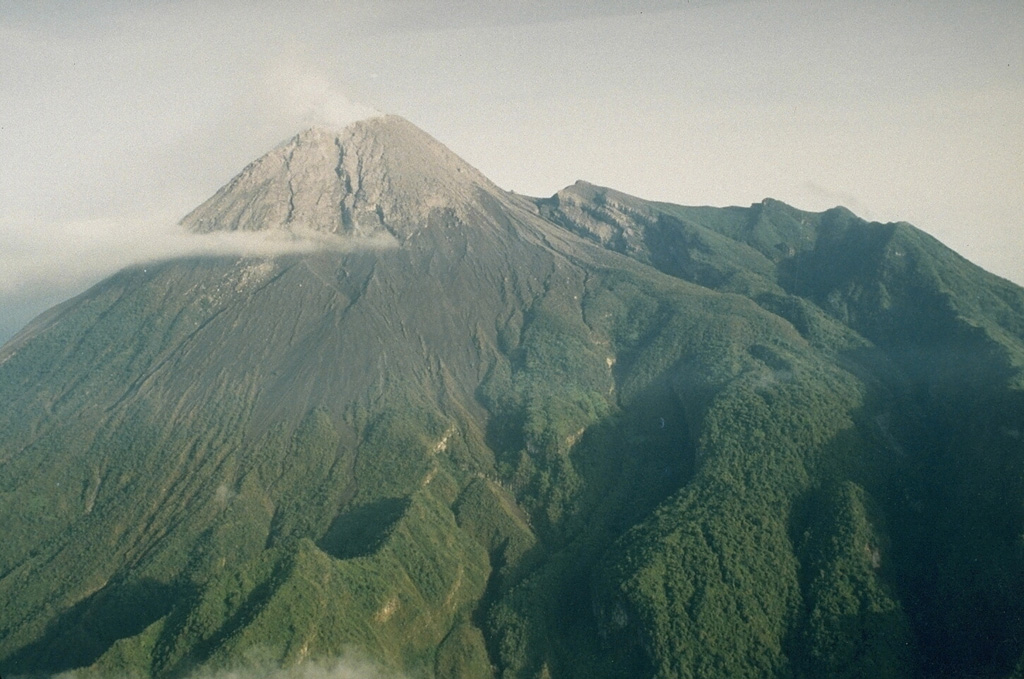 Merapi in central Java is capped by an unvegetated lava dome complex. The modern edifice of Merapi, to the left in this view, is constructed to the SE of the arcuate scarp on the right that was formed by destruction of the older Batulawang volcano. Periodic growth and collapse of lava domes produce pyroclastic flows (block-and-ash flows) and lahars that have devastated populated areas below the volcano.